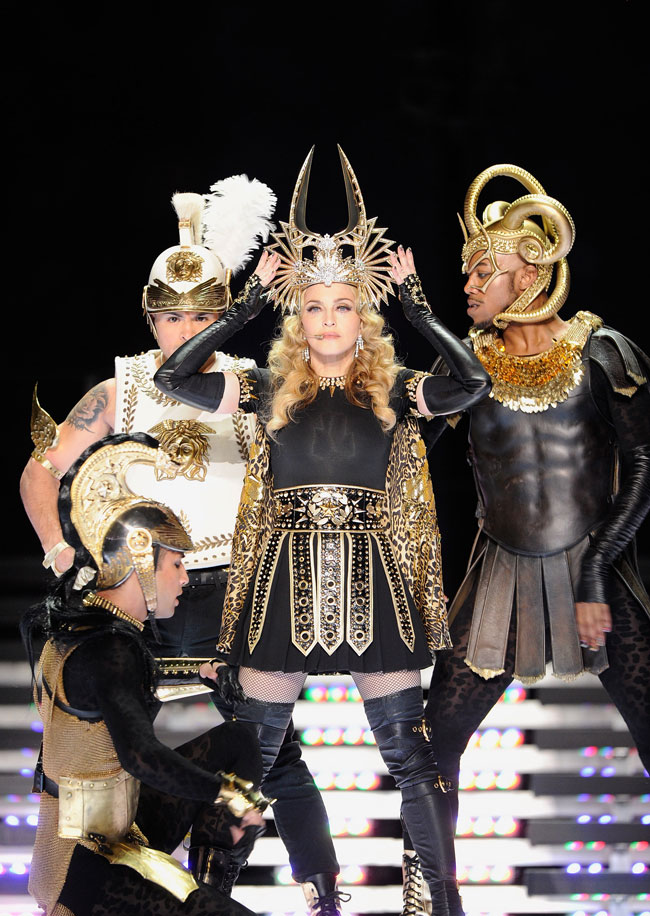 When Jennifer Lopez and Shakira take to the football field Sunday night for the Super Bowl LIV halftime show, they will be following in the footsteps of some of the most esteemed musical artists who have performed in one of television’s most-watched live events.

The halftime shows during this annual premier championship game of the NFL have become lavish entertainment spectacles that often attract more than 100 million viewers around the globe. Clocking in at just over 20 minutes, which includes a rapid stage setup and take down, it has morphed into a show within a show. At times, the halftime show has garnered more viewers than the Super Bowl game itself, as it did in 1992 when 114 million people tuned in to watch Madonna – three million more than the actual game.

But this entertainment bonanza is a relatively new act. Before the 1990s, the Super Bowl halftime show was a family-oriented affair that featured university marching bands and drill teams, a tradition dating back to the 1960s. In the early 1990s, musical acts such as the popular boy band New Kids On The Block and Gloria Estefan were added to the lineup in an effort to grow the television viewership.

In 1992, the upstart Fox network decided to air a special live episode of their hit television sketch show, In Living Color, during the second half of the game, which lured an estimated 25 million viewers away from Super Bowl XXVI on CBS. The following year, the NFL decided to defend their territory against counter-programming and brought out the big guns for the halftime show – a musical deity by the name of Michael Jackson.

It was a historic move that set the stage for future halftime shows featuring pyrotechnics, elaborate costumes and armies of backup dancers. The Super Bowl halftime show evolved into an annual 20-minute extravaganza where stars dazzled in the athletic arena for one explosive, pop-culture moment designed to leave people talking for days after.

Here are five memorable halftime performances that J. Lo and Shakira have to outdo in order to leave a lasting impression on viewers:

MICHAEL JACKSON  IN 1993 AT THE ROSE BOWL STADIUM IN PASADENA

This was the game changer. Despite the fact that Michael Jackson’s music was on the decline at the time – almost a decade had passed since his Thriller album was released – he was brought in to liven up the halftime show and stop viewers from changing channels. The king of pop reportedly didn’t know much about the Super Bowl: He wanted it to be called the Thriller Bowl and only wanted to perform his latest ballad, “Heal the World.”

Instead, he was convinced to do a medley of his previous hits including “Billie Jean.” When he appeared on stage, he didn’t make a sound or move a muscle for 90 precious seconds as the stadium erupted in screams, whistles and claps. It was a mesmerizing performance that featured two stunt doubles atop the jumbotrons, lots of pyrotechnics and 3,500 schoolchildren joining in on “We Are The World,” reminding the world of his megastardom.

PRINCE IN 2007 AT DOLPHIN STADIUM IN MIAMI

Performing on a stage shaped like the symbol he used for his name,  his purple majesty delivered a virtuoso performance. While this show didn’t have the extravagance of past performers, it paid tribute to the historic legacy of marching bands in the halftime show as the Florida A&M marching band came out, with lights attached, performing a version of “Baby I’m a Star.” And in an epic moment no amount of planning or money could have made happen, it was pouring rain as he launched into his hit song, “Purple Rain.”

MADONNA IN 2012 AT LUCAS OIL STADIUM IN INDIANAPOLIS

When you want a show slick with style and drama you call Madonna. First there was the majestic entrance, which she made on a gold throne on a litter pulled by 150 men dressed as gladiators. Her outfit was custom made by designer Riccardo Tisci, her headdress by Philip Treacy and she wore Bulgari earrings and Mui Mui boots. Madonna brought high fashion to the football field and the audience lapped it up. More people tuned in to watch the halftime show than the game itself.  Much was made of her age, since she was 53 at the time, but she also broke records on Twitter with more than 10,000 tweets per second during her live act .

DIANA ROSS AT 1996 AT SUN DEVIL STADIUM IN TEMPE, ARIZONA

If Madonna had the greatest entrance of all time at the Super Bowl halftime show, then Diana Ross had the greatest exit. After singing a medley of her Supremes hits, she said, “Here comes my ride!” as a helicopter descended and she hopped on board. When it comes to divas, entrance and exits are just as important as the performance.

BEYONCE, COLDPLAY AND BRUNO MARS IN 2016 AT LEVI’S STADIUM IN SANTA CLARA

Halftime shows usually have a headline act and a couple of guest stars. You couldn’t tell that British rock group Coldplay was the main star of this show as the virtuoso performer known as Beyonce took to the stage. Also, not many performers dare mix political messages with their performances, but Beyonce employed a lineup of backup dancers dressed in homage to the Black Panthers during her performance of “Formation.”