Kirk Douglas: The Fascinating Life of a Hollywood Legend 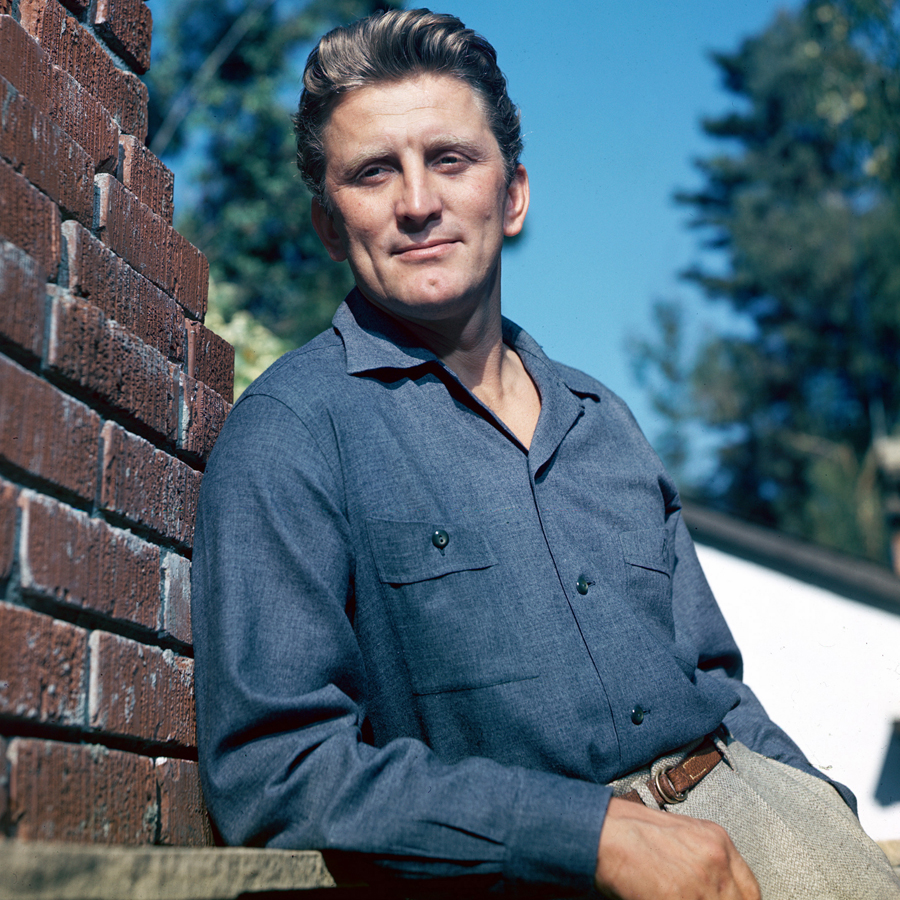 Kirk Douglas, the screen legend whose legacy extends back to Hollywood’s Golden Age, died on Wednesday at the age of 103. The actor’s son, Michael Douglas, announced the news in a statement on his Facebook page.

“To the world he was a legend, an actor from the golden age of movies who lived well into his golden years, a humanitarian whose commitment to justice and the causes he believed in set a standard for all of us to aspire to,” the two-time Oscar-winner wrote. “Kirk’s life was well lived, and he leaves a legacy in film that will endure for generations to come, and a history as a renowned philanthropist who worked to aid the public and bring peace to the planet.”

Kirk Douglas, who grew up poor as the child of Russian immigrants, had talent as well as an admirable work ethic, ability to hustle and resiliency that allowed him to survive the rigours of Tinsletown, not to mention a helicopter crash and a stroke, both of which nearly claimed his life.

Much has been written about the movie legend, from his turns in classics like Spartacus and Champion to his role in ending the Hollywood blacklist (which, for the record, had been disputed by those involved at the time). But over his 103 years, there are countless fascinating stories – like the Oscar-winning roles he turned down, or the fact that the Hollywood trailblazer was also believed to be the oldest celebrity blogger in the world.

In honour of the life and legacy of Kirk Douglas, we look back at some of the most fascinating, and surprising, facts about the screen legend’s life.

1. At a time, early in life, when most of us are barely out of diapers, Kirk Douglas was plotting his career path. He wrote once that, “I wanted to be an actor since I stepped in front of an audience to recite [the poem] The Red Robin of Spring when I was in kindergarten. Something happened when I heard applause. I loved it. I still do.”

2. Douglas celebrated two Bar Mitzvahs. He had his first at age 13 and the second at 83 — at which time he re-dedicated himself to his faith after decades of suppressing it.

3. As an aspiring actor, Douglas scored himself a scholarship to New York’s American Academy of Dramatic Arts, which he attended alongside Betty Joan Perske and Diana Dill. Perske later changed her name to Lauren Bacall, while Dill became Douglas’ first wife and mother to their two sons, including Michael Douglas. Meanwhile, Douglas supported himself during his school years by working as a waiter at the restaurant chain Schrafft’s on Broadway, where one of his co-workers was John Forsythe.

4. Acting not only brought Douglas fame and fortune, but it also led him to his true love. Or, perhaps more accurately, it led his true love to him. The actor met his second wife, Anne Buydens, in France while shooting the 1953 film Act of Love. She had come to vie for the job of his assistant.

5. Anne saved his life when, in 1958, producer Michael Todd, husband of Elizabeth Taylor, asked Douglas to fly to New York on his private plane. Anne begged him not to go, noting she didn’t feel right about the trip. As Douglas explained to People magazine, “Mike asked me to go on his private plane with him, and we were going to stop and see Harry Truman and then go on to New York. I was very excited. When I told my wife [about the plane ride], she said, ‘I don’t want you to go.’ We had a big argument.” Later, after their spat, Douglas recalled, “We were driving and not talking to each other, so we turned the radio on.” That’s when they heard the news of the crash. “Why was I spared? I was so grateful. My wife has saved my life many times.”

6. Kirk Douglas appeared a musical guest in a “Jam Session at Jack’s” on the October 17, 1955 episode of The Jack Benny Program. You can watch his performance in this video:

7. In 1955, Douglas, ahead of his time, established his own production company — a common practice among actors today. He named the company Bryna Productions after his beloved mother.

8. Like many actors, Douglas turned down multiple roles in various films, some of which he’d later regret. Two of those roles were Kid Shelleen in Cat Ballou and Sgt. J.J. Sefton in Stalag 17. Incidentally, it worked out well for the actors who went on to play those parts — Lee Marvin and William Holden, respectively — as they both eventually won Oscars for the roles.

9. Douglas purchased the film rights to One Flew Over a Cuckoo’s Nest after a successful turn in the stage production. He never managed to bring the story to the big screen, however, and so he turned it over to his son Michael, who eventually produced the famous movie version starring Jack Nicholson.

11. Kirk Douglas’ father never acknowledged his son’s success. His wife Anne noted, “He was reared by his mother and his sisters and as a schoolboy he had to work to help support the family. I think part of Kirk’s life has been a monstrous effort to prove himself and gain recognition in the eyes of his father … Not even four years of psychoanalysis could alter the drives that began as a desire to prove himself.”

12. In 2000, Kirk Douglas became one of only four Hollywood legends to have their stars on the Walk of Fame stolen — the others being James Stewart, Gene Autry and Gregory Peck. According to reports, Douglas and Stewart’s stars, “were recovered from the home of a construction worker who had been tasked with securing them.”

13. Douglas donated tens of millions of dollars toward Alzheimer’s care and has also acted as an advocate for those who suffer from elderly abuse.

14. Kirk Douglas was thought to be the oldest celebrity blogger in the world. He began on the website MySpace and went on to blog for The Huffington Post.

15. When it comes to longevity, Douglas credited his marriage to his second wife Anne, 97, for allowing him to overcome life’s obstacles. In an essay he wrote for Closer Weekly about turning 100, Douglas claimed, “I was lucky enough to find my soulmate 63 years ago, and I believe our wonderful marriage and our nightly ‘golden hour’ chats have helped me survive all things … I am always asked for advice on living a long and healthy life. I don’t have any. I do believe, however, that we have a purpose for being here. I was spared after a helicopter crash and a stroke to do more good in the world before I leave it.”

15 Fascinating Facts About Kirk Douglas on His 101st Birthday

11 Actors Who Served in the Second World War

What Robert Wiener, Formerly Canada’s Oldest Man, Can Teach Us About Superlongevity