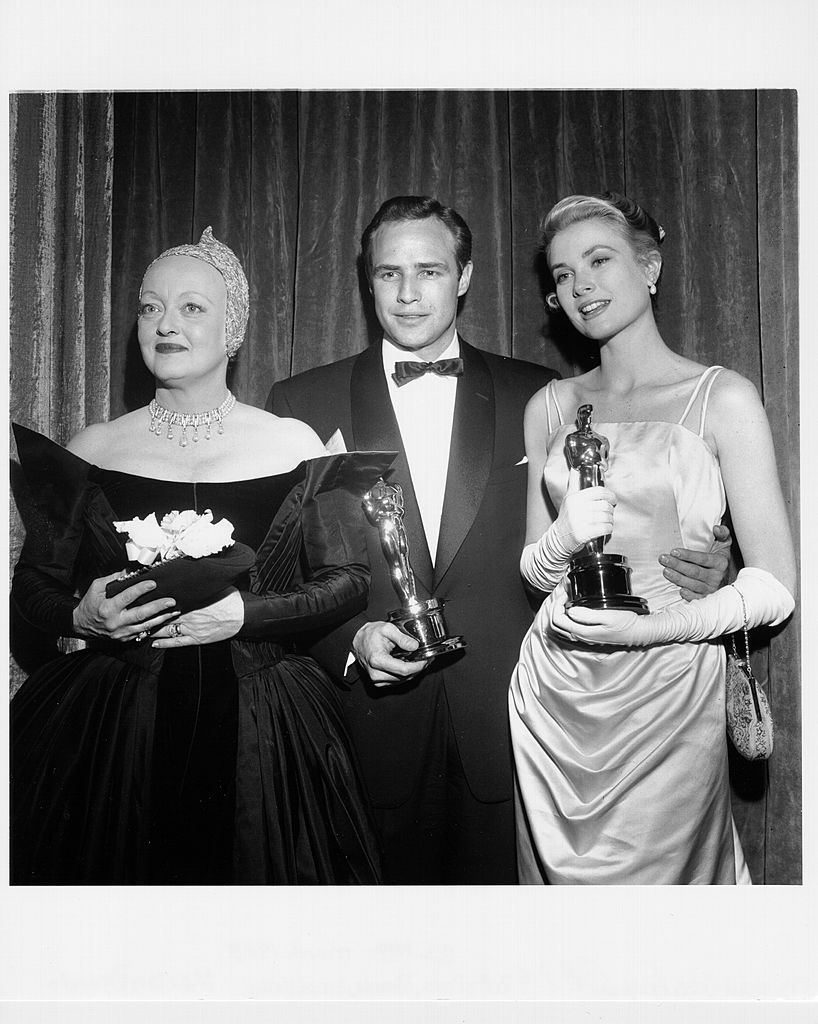 The 94th Academy Awards take place this Sunday (March 27th) and, as we prepare to take in the Hollywood fashions, we’re revisiting some of our favourite classic Oscar looks from ceremonies past.

While it’s the biggest night in Hollywood for honouring filmmaking, a great deal of viewers’ attention will be focused on what the stars are wearing. As such, no A-list star would dare go without the professional help of stylists, makeup artists and gowns made specifically for them by a top fashion house.

But this overwhelming attention to Oscar night fashion wasn’t always the norm.

The first Academy Award ceremony took place on May 16, 1929, and was a dinner party at the Roosevelt Hotel in Hollywood attended by merely 250 people. Just 15 awards were handed out, and the ceremony lasted 15 minutes.

By the 1950s, when the Academy began broadcasting the ceremony live, fashion began to play an important role on Oscar night. But unlike the glam squad employed by a celebrity today, one woman dictated what an actress attending Oscar night should wear: Edith Head.

The legendary costume designer, who earned 35 Oscar nominations over the course of her career — and won eight — became a fashion consultant during the 1950s right up until 1970.

With her keen eye and talent for what looks good on film and what looks great against a backdrop, she was able to offer advice on not just clothing but also makeup and the colours attendees should wear.

So without the help of their own personal army of high-priced fashion professionals, nominated actresses stepped out on Hollywood’s biggest night and managed to look glamorous. Scroll through the images below for some of our favourite classic Oscar looks.

1. Elizabeth Taylor with her second husband, British actor Michael Wilding, at the Academy Awards in 1954.

2. Natalie Wood with Warren Beatty at the Academy Awards in 1962 at the at Santa Monica Civic Auditorium. Wood was nominated for Best Actress for “Splendor in the Grass” but lost to Sophia Loren (Two Women).

3. Susan Hayward took her sons, Gregory and Tim, to the Academy Awards in 1956. Hayward was nominated for Best Actress for I’ll Cry Tomorrow but lost to Anna Magnani (The Rose Tattoo). She also presented the award for Costume Design.

4. Donna Reed at the Academy Awards in 1964, holding her Oscar for Best Supporting Actress for her role in From Here To Eternity.

5. Audrey Hepburn, in a Givenchy gown, at the Academy Awards in 1954. She won the award for Best Actress for Roman Holiday at the ceremony.

6. Marlon Brando and Grace Kelly pose with their Best Actor (On the Waterfront) and Best Actress (The Country Girl) Oscars at the Academy Awards in 1955. Bette Davis, left, presented the Best Actor Oscar to Brando.

7. Grace Kelly at the Oscars the following year, 1956, with MGM publicist Morgan Hudgins. She wasn’t nominated this year, but presented the award for Best Actor to winner Ernest Borgnine (Marty).

9. Diahann Carroll and Sidney Poitier at the Academy Awards in 1964. Poitier won the Best Actor Oscar for Lilies of the Field, making him the first Black actor to win that award and second Black actor overall, after Hattie McDaniel, to win an Oscar.

10. Married actors Paul Newman and Joanne Woodward at the Academy Awards in 1964. Newman was nominated for Best Actor for Hud but lost to Poitier.