How We Set New Guidelines For Celebrity Input During the Pandemic 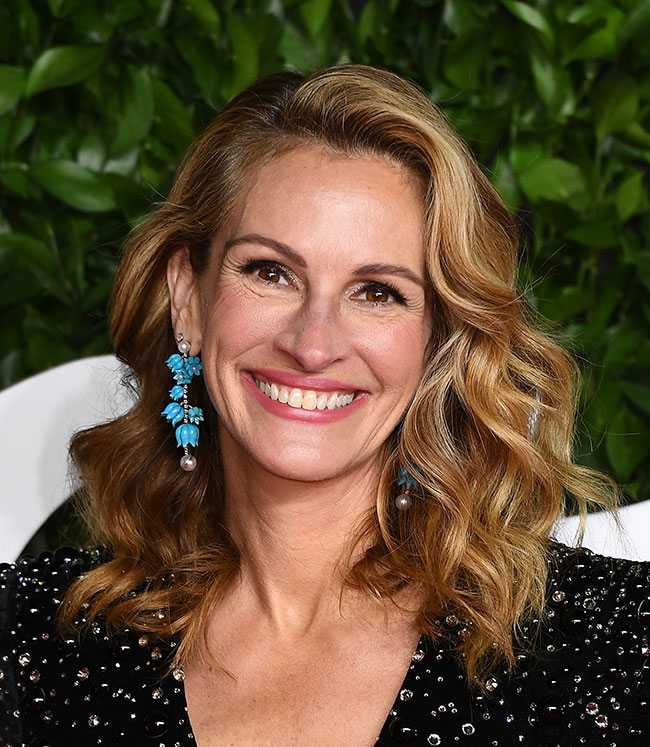 English and Cultural Studies Professor Lorraine York says a celebrity social media performance of "Imagine" was the catalyst in the creation of new set of guidelines for celebrities in pandemic times. Over the past two months, Julia Roberts and other celebrities have used their celebrity status for good, hosting online discussions about COVID-19 with scientific experts who were then invited to take over their social media accounts. Photo: Jeff Spicer/BFC/Getty Images

On July 1, the One Campaign, a global anti-poverty organization co-founded by uber-celebrity-activist Bono, announced that its #PassTheMic campaign had ended successfully. Over the past two months, celebrities teamed up for online discussions about COVID-19 with scientific experts who were then invited to take over their social media accounts. In so doing, they leveraged the attention-getting cultural power of celebrity to circulate reliable information about the pandemic.

Julia Roberts went first, with a widely viewed and publicized discussion with the man she called a “personal hero”: Dr. Anthony Fauci, director of the U.S. National Institute of Allergy and Infectious Diseases, arguably a celebrity in his own right. But most of the guests hosted were not household names.

Celebrities, who are defined by their hoarding of cultural attention, are only effective or welcome in the current global health crisis, it would appear, when they forgo their attention-seeking natures and instead direct the spotlight elsewhere.

We saw this early in the pandemic when some celebrities tried to comment on the crisis in their usual, attention-getting ways — and failed.

As a scholar who has spent years studying the cultural politics of celebrity, I can pinpoint when the broader public began to turn on celebrities during the pandemic and derided them.

It was March 18, not long after most of the United States had shut down. Actor Gal Gadot turned on a camera, sighed over being a whole six days in isolation, and began to sing the first line of John Lennon’s “Imagine.” The camera then cut to a sequence of celebrity friends (Kristen Wiig, Mark Ruffalo, Jimmy Fallon …. ) each singing a line of the song from their various socially isolated locations.

Watch the “Imagine” cover below

Jon Caramanica, pop music critic at the New York Times, panned the performance for being full of “smug self-satisfaction,” as well as for its lack of musicality. He tartly observed: “It is proof that even if no one meets up in person, horribleness can spread.”

The video prompted a series of stories asking whether the coronavirus had “shattered our fame obsession” and identifying the “other COVID-19 outbreak: loopy celebrity quarantine videos.”

Madonna, a few days later, gave media analysts and consumers fresh material for derision when she took to her petal-strewn, candle-encircled bath to tell us that coronavirus is “the great equalizer.”

It’s worth looking at why these videos fell so flat and struck a sour note both politically and musically. Such efforts failed to balance their privileged status with performed “ordinariness” that has been at the heart of celebrity representations of self for many years.

Maintaining celebrity is often a matter of projecting an air of ordinariness that might legitimize the star’s special status by pleading that they are, after all, “just like us.”

But the spectacle of wealthy celebrities performing a song that exhorts us to “imagine no possessions,” while not making any demonstrable material contribution to the fight against COVID-19, struck many viewers as vainly self-serving and desperately out of touch with the struggles of many people.

The balancing of ordinariness and privilege has always been a fragile act of public relations. When the Hollywood studio system was in full sway, publicity departments were aware of the power of ordinariness. For example, publicists let it be known that child star Judy Garland loved playing baseball, and they produced photographs to support this evidence of healthy, ordinary American girlhood. But Garland’s childhood, as we now know, was far from ordinary or healthy.

More recently, stars or their publicists perform this ordinariness through social media, but the public’s approval hangs in a precarious balance. Julia Roberts’s conversation with Fauci avoids the “Imagine” effect partly because it is directed to specific beneficial actions.

But we have been here before: in the days following 9/11, celebrity came under renewed scrutiny and even derision.

As the Australian celebrity studies scholar David Marshall recalls, after the Twin Towers fell, there followed a month of “the new sobriety,” during which “celebrity represented everything that was excessively insignificant,” but it amounted to little more than a “temporary chastising blip.”

In the days following 9/11, Marshall notes, stars like George Clooney and Tom Hanks publicly praised first responders, whom they characterized as the real stars. Clooney was part of organizing the “America: Tribute to Heroes” fundraising concert and Hanks, speaking at it, declared, speaking of himself and other celebrity artists: “Those of us here tonight are not heroes.”

This is the performative mode that I call “reluctant celebrity,” when the celebrity expresses a disinclination to be a highly visible public individual, turning attention elsewhere as a means of, paradoxically, hanging on to that public visibility.

But now? Things are different.

The virus has discredited the primary narrative: “We are all in this together.” That narrative was more convincing to many Americans in the autumn of 2001, even though that crisis exacerbated social inequity, particularly for American Muslims: in 2016, public health research reported that hate crimes against Muslims in the U.S. were five times more common than before 9/11.

Still, a broad audience could find Neil Young’s performance of “Imagine” at the “America: Tribute to Heroes” concert in 2001 appropriate and moving, given how its lyrics readily suggested a call to reject racist and violent responses to the attacks.

Today, the COVID-19 pandemic has patently displayed inequity, and each week brings fresh accounts of how lower-income people and Black and racialized communities have been disproportionately impacted by the virus in the U.S. and Canada. This is why Gadot’s reflection in the “Imagine” video, “doesn’t matter who you are, where you’re from, we’re all in this together,” falls flat. “Imagine” is, at this moment, a drastically inappropriate choice.

Which brings us back to Julia Roberts and #PassTheMic. When celebrities perform a modest reluctance and a generous sharing of public attention, they reinforce their own currency and importance.

By (seemingly) stepping aside, celebrities reveal their capacity to reoccupy the centres of cultural space.

Celebrity may be unserious in so many ways, but it’s worth taking our responses to it at moments like these seriously. They have much to teach us about how we are processing, however messily, crucial issues of equity and collective well-being.

Lorraine York is a Distinguished University Professor in the Department of English and Cultural Studies at McMaster University.