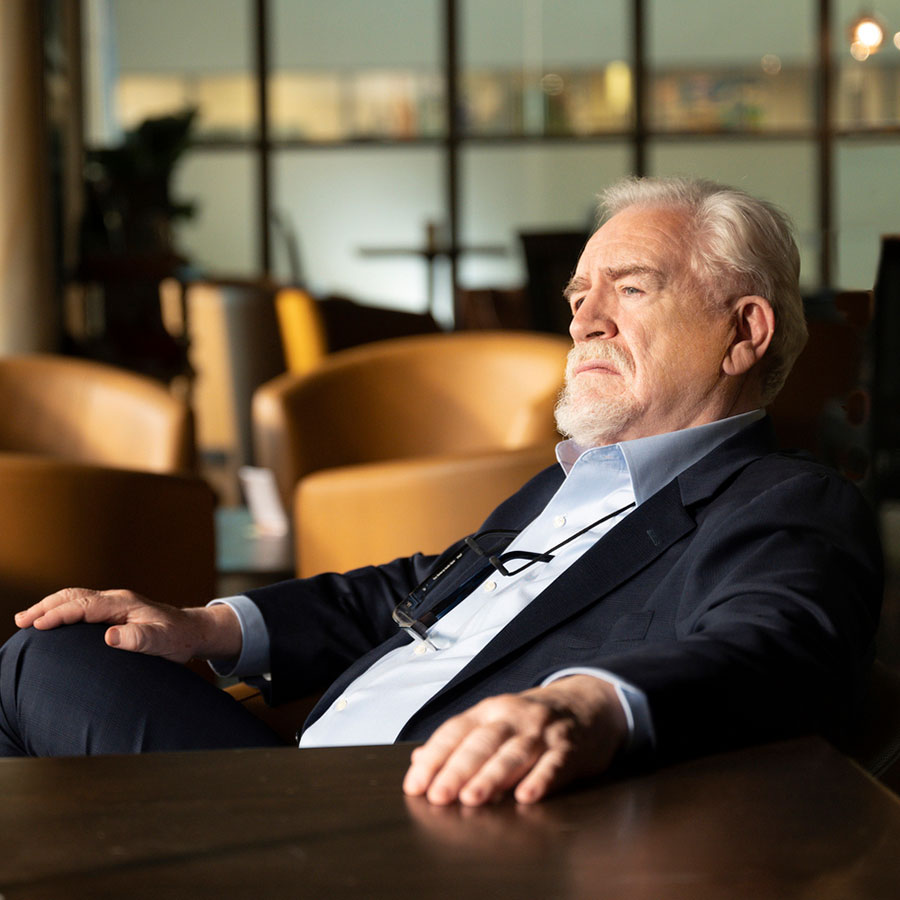 So much of 'Succession' holds a mirror to real life, including the corruption that takes place when CEOs choose their own directors. Photo: Courtesy of HBO

Will Logan Roy be brought down after his son Kendall publicly blamed him for covering up a litany of rapes and sexual assaults in Waystar Royco’s cruise-ships division? That’s the burning question that will be answered in season 3 of blockbuster business drama Succession, which is finally underway after being delayed by the pandemic.

For the uninitiated, Waystar Royco is a fictional media conglomerate along the lines of Disney or News Corporation. Logan Roy (played by Brian Cox) is its ageing emperor, unwilling to relinquish control and unsure that any of his three children are fit to wear the crown.

Much of the unfolding story in the first two seasons was about the cruise-ships scandal, which took place under the watch of the former head of the division, the late Lester McClintock. Scores of victims of McClintock and his cronies were paid corporate hush money to keep quiet, and the story is now coming out because some of them have been talking to the media.

Logan Roy and the other members of the Waystar board have clearly been aware of the situation for a long time — almost certainly including when it was taking place. Kendall Roy, a board member himself, betrayed his father because he was being lined up as a “blood sacrifice” to take the blame for the scandal.

So much of Succession holds a mirror to real life, and the way that Logan Roy’s hand-picked board members allowed these abuses to continue by turning a blind eye to them is a good example. We have just published research that shows that public companies whose directors are chosen by their CEOs are statistically more likely to be involved in corporate misconduct, along with various other shortcomings. So why does this happen, and what should be done about it?

What the Research Shows

Warren Buffet put it well when he famously observed that: “When seeking directors, CEOs don’t look for pit bulls. It’s the cocker spaniel that gets taken home.”

Stock exchanges like the NYSE and NASDAQ have rules in place to reduce CEOs’ involvement in nominating new board members, but CEOs still substantially influence these appointments.

It’s a feature of corporate life that we choose to live with, and it comes at a high price: according to one study, total penalties imposed on US-listed companies for corporate misconduct between 2002 and 2015 came in at US$1.1 trillion (£801 billion). In many cases, members of the board who were personally appointed by the CEO may have been choosing to look the other way when the wrongdoing was taking place.

A preponderance of evidence reveals that when directors are appointed by the CEO, they are disinclined to question the managerial status quo. This compromises the board’s monitoring of decision-making, leaving leaders free to pursue their own agendas. And as the proportion of CEO-appointed directors rises, it becomes increasingly unlikely that managers will be held to account for any incompetence.

Our own study, which looked at a large number of US companies over a 15-year period, found that directors who were installed after the CEO was in place contribute less to board agendas, attend fewer board meetings, and receive above-average pay and perks. Most disturbing of all, we found that each such director on a company board increases the likelihood of corporate wrongdoing by over 4%. We found that these outcomes are most pronounced when firms have weak external monitoring and when social ties between CEOs and directors are strong.

The word “patronage” is relevant here, since the CEO will expect to see wagging tails when holding out a bone in the form of executive remuneration. Besides the heavy fines, such cases of corporate wrongdoing undermine investors’ confidence in the company, damage shareholder value, lead to resources being misallocated, and make financial markets more unstable.

The Volkswagen share price, for example, tumbled 50% in the week after the announcement of its emissions scandal in 2015. The carmaker was found to have fitted 11 million diesel cars with software that made their emissions seem lower than they were.

While former CEO Martin Winterkorn is facing trial over allegations of fraud, which he denies, at least three of the company’s directors were hired during his tenure. They have said they were unaware of any management misconduct, which may turn out to mean they weren’t monitoring the management properly.

Other real-life examples include Nissan and the case involving former chairman and CEO Carlos Ghosn and board member Greg Kelly, whom he chose. The US Securities and Exchange Commission accused Ghosn of concealing over US$140 million of compensation and retirement benefits from Nissan’s investors, and accused Kelly of aiding and abetting him.

Both directors settled without admitting wrongdoing, while respectively paying civil penalties of US$1 million and US$100,000 and accepting lengthy bars to holding directorships. Nissan paid a civil penalty of US$15 million. Kelly is currently being tried over similar charges in Japan, while Ghosn has avoided trial by fleeing to Lebanon in 2019. Both men deny the charges.

In revealing the strong connection between hand-picked directors and corporate misconduct, we’re hopefully exposing a severe threat to corporate governance that tends to be ignored. Scandals emerge periodically, but the corporate sector, aided by lawyers and accountants, always finds ways to put regulators off the scent.

It’s clear the authorities don’t have adequate tools for the job. It’s timely to be reminded of this by the fictional scandal in Succession, but it is not enough for us simply to feel frustrated about it.

What is required is for board independence to include a requirement for directors that have not been hired by the CEO. Those in post already could be more restricted by rules that limit their voting rights. Until governments take this problem seriously, the real-life Logan Roys will find it easier than they should to make their companies do wrong.