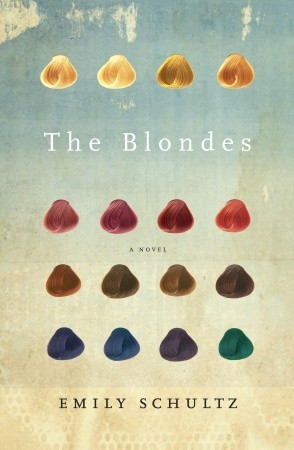 Her recent novel, The Blondes, is a dark satire in which a plague turns blondes into rabid killers that terrorize New York City. One Canadian grad student tries to flee home to tell her married lover she’s pregnant.

Athena McKenzie: I’ve heard this book was inspired by an ad you saw. Can you tell me about that?
Emily Schultz: It was a Gucci ad in Vanity Fair. As I was flipping through the magazine, I noticed that almost all the advertisements featured blonde women. And then I came to this spread, and they looked absolutely murderous. They were modelling clothes and, like all models, they were thin and attractive but they looked like they were ready to snap. For some reason, that stuck with me. I had been thinking about doing a book about women because I’ve written a lot of male protagonists. This really is my first female protagonist book. I had wanted to write about women, and about women’s friendships and women’s relationships and about our power struggles. When I saw that [ad], I just said, “The Blondes” in this creepy voice, and it stuck.

AM: You say it’s about women’s friendships, relationships and power struggles. Would you describe it as a feminist book?
ES: I would but I think that depends on what your definition of what a feminist book needs to be. I think that it is because nearly all the characters are women, and the majority of them are strong, smart women. Even the lead character, although she is not a plucky protagonist, she is faltering, bumbling, young and inexperienced, she comes to hold her own at a certain point. And the book focuses a lot on women and women’s health care and reproductive rights, in the middle of this ridiculous, fantastical plaque.

AM: Are there any books or writers that influenced the writing of The Blondes?
ES: I think I’m influenced by everything that I read. White Noise I would say is definitely an influence on this book because there is a lot about media chatter and the toxic airborne event, which I loved. I was reading The Road by Cormac McCarthy. I don’t know if I would call that an influence because it’s more post-apocalyptic.  I was reading Camus’ The Plague. Obviously I wanted to write a plague book and I wanted to see how he handled that. And I was reading some books about yellow fever, non-fiction obviously. I was also doing things like: I watched Cronenberg’s Rabid a couple of times and Tony Burgess’ Pontypool which I think is a really smart Canadian horror movie, as far as horror movies go.

AM: So there were non-literary influences as well?
ES: A few. I think I was aware that it had to have some of the elements that you have in a thriller. I knew that I wanted it to narrow down to two women in a cottage. That somehow that would be more terrifying than anything that could be out there in the world. With their relationship, and how they were going to deal with one another. The Cabin in the Woods is part of that thriller genre and how you’re always trapped somewhere. I thought that was also right for Canada, where we have such a huge landscape and unless you’re in the city it is easy to feel that sense of isolation.

AM: You said the book was also about women’s health and reproductive rights — was that something you wanted to explore because of recent controversies south of the border or was it coincidence?
ES: It is something I wanted to explore. I noticed also there were a lot of movies and television shows about pregnancy coming out at the time when I started this, but at the same time, not true representations. I had not been pregnant when I wrote this. I became pregnant while we were editing the book. But I did think about the reproductive rights struggle and I think it’s always a struggle, something that we have to continue to pay attention to.