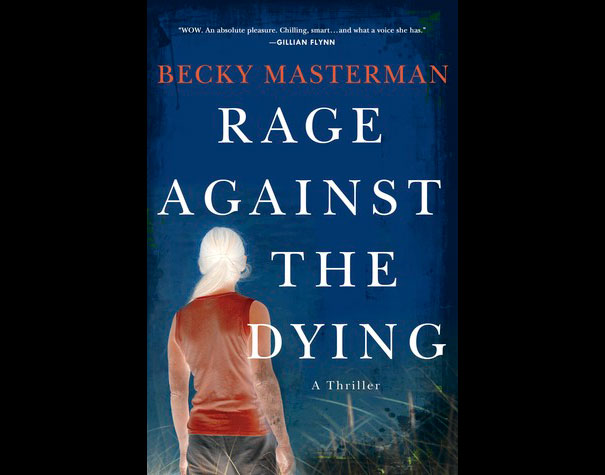 Early in Becky Masterman’s debut novel, Rage Against the Dying, a would-be assailant with a predilection for older women describes the main character as a “hot granny.” Brigid Quinn is a retired FBI agent, trying to move beyond the violence of her former job as she builds a quiet life with her new husband. But when when a man named Floyd Lynch confesses to the worst unsolved crime of her career, Brigid is drawn into the investigation and finds her new life threatened by the realities of her past. Zoomer talked to Masterman about inspiration, resistance in the publishing industry to an older woman as a protagonist and sex in the senior years.

Athena McKenzie: How did your other job as an acquisitions editor for medical textbooks influence your writing?

Becky Masterman: Creativity isn’t a matter of thinking up new things as it is making connections. One of my authors wrote the book on sexual homicide investigations. Another travels the world examining mummies for a National Geographic program. Another wrote a book on necrophilia. And presto! You’ve got Floyd Lynch [the criminal in Rage Against the Dying], who has a yen for desiccated corpses.

AM: What resistance did you meet from the publishing world about having a older woman as your crime fiction protagonist?

BM: When I wrote the first version, I pitched the book to a couple of agents, and they said no one wants to read about a woman older than 40. Then at the Oscars, Jack Black shouted, “Helen Mirren, you’re hot!” and opinion started changing after that. I guess I was ahead of the curve.

AM: How important was it to you to portray your heroine, Brigid, as the tough, conflicted character that she is?

BM: First of all, there’s that stereotype of the older woman whose purpose in life is to serenely bake cupcakes while babysitting the grandkids. I wanted to toy with that stereotype. So I took my own non-cupcake-bakingness and just pushed it to maximum capacity. I do babysit, though. Secondly, I’ve know people in law enforcement for 15 years through my editorial job. I discovered an editor is something like a confessor, people tell you things. Without revealing secrets, I can say that Brigid, who carries the burden of what she has witnessed throughout her life, is an amalgamation of those people. And frankly, when you get to be 60, you may not have tracked serial killers, but chances are you’ve had some pretty good knocks. That’s why I like the theme of Life of Pi – you only have two choices: stay on the journey, no matter how brutal, or die. You have to be tough to do that.

AM: When you write about sex, you make references to the world not thinking of older people as sexual. Is this something you think is missing in most fiction/popular culture?

BM: The movies have been catching up with us lately, haven’t they? Christopher Plummer and Helen Mirren in the movie about Tolstoy; Best Exotic Marigold Hotel. Best line I’ve heard lately was from a friend: “Who would have thought I’d peak at 75?” Don’t be shocked, kids – just think what you have to look forward to.

AM: You dedicate Rage Against the Dying to your husband, whom you call your writing partner. Can you tell me about your writing life together?

BM: Fred [Frederick Masterman] writes terrific adventure stories with reality-bending angles like Preston and Child. Everything I learned about visualizing action scenes I learned from reading his novels. And whenever I have a plot problem, I talk it out with Fred while we walk the dogs. He seldom gives me a solution, he just asks the questions I hadn’t thought to ask, and the solution always comes.