Book of the Week: The Book of Miracles 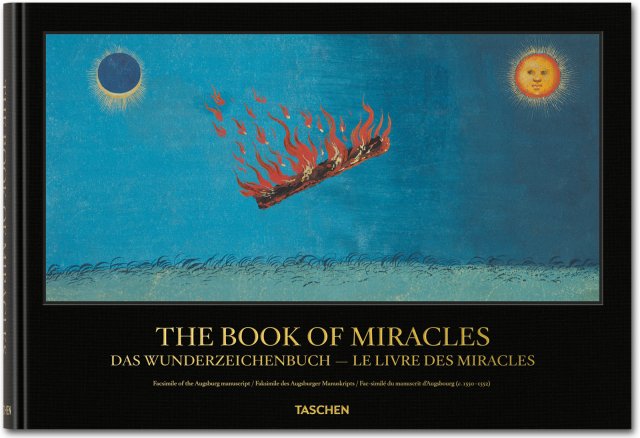 On a day on which many of us celebrate the miraculous, it seems fitting that our last book of the week for 2013 is a book miraculous on a variety of levels.

When it was discovered several years ago, The Book of Miracles (Das Wunderzeichenbuch) was a revelation: a 196 page illustrated manuscript from the 16th century, depicting a vivid and at times hallucinogenic range of miracles; celestial phenomenon, storms and floods, the constellations, and traditional texts, including the Old Testament, other traditional writings, and medieval chronicles. It changed the scholarship of the Renaissance, and was hailed as a major, and unexpected, discovery.

Although the original book now resides in a private American collection, Taschen Books has just published a gorgeous facsimile edition, reproducing The Book of Miracles in its entirety, along with a scholarly overview and a complete translation of the text. It is, perhaps, the most beautiful book of the year. But it’s far more than that, to read it is to enter an heretofore unknown world and an entire universe of the miraculous and the divine.