Book of the Week: The Baby Boom: How It Got That Way and It Wasn’t My Fault and I’ll Never Do It Again by P.J. O’Rourke 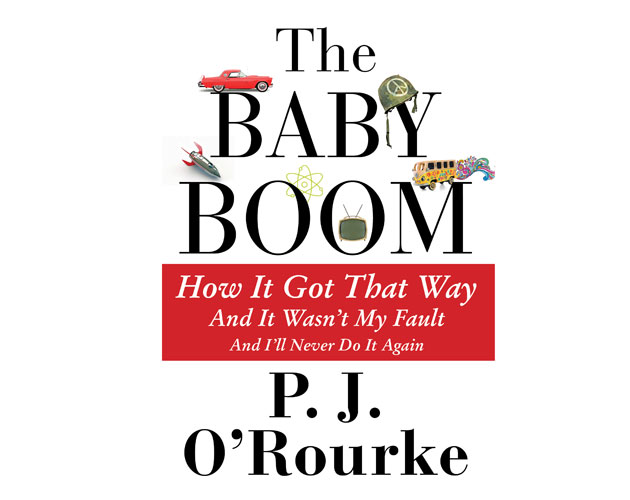 Long before John Stewart and Stephen Colbert dominated late night television with their own brands of faux news and truthiness, there was P.J. O’Rourke, who spun his tenure as editor of humour magazine National Lampoon into a decades-long career as the world’s only “trouble spot humorist,” travelling the world’s wars, riots, depressions and crises to report in his own unflappable, hilarious and more-than-occasionally offensive style.

With his new book, O’Rourke turns his critical humorist’s eye on himself and his own generation. The Baby Boom: How It Got That Way and It Wasn’t My Fault and I’ll Never Do It Again uses O’Rourke’s own life and experiences as a lens on the cultural, political and social trends of his cohort. Nothing escapes his scathing wit, from the generation’s youthful dabbling in drugs, sex and rebellion to their role as the most powerful generation in the world, controlling the levers that brought the world the Sexual Revolution, gay and women’s rights, the dot-com boom (and bust), the housing boom (and bust) and the ongoing financial crisis.

Does this mean boomers are also, inevitably, busters? O’Rourke seems to think so.

In this wildly lacerating and keenly insightful book, O’Rourke leaves no stone unturned. Yes, the flashes of recognition and understanding are (frequently) uncomfortable, but O’Rourke, in his self-effacing manner and gift with a punchline, makes it okay to laugh at himself and by extension holds up a mirror to us all.