Summer Thrills: 10 Page-Turners for the Beach 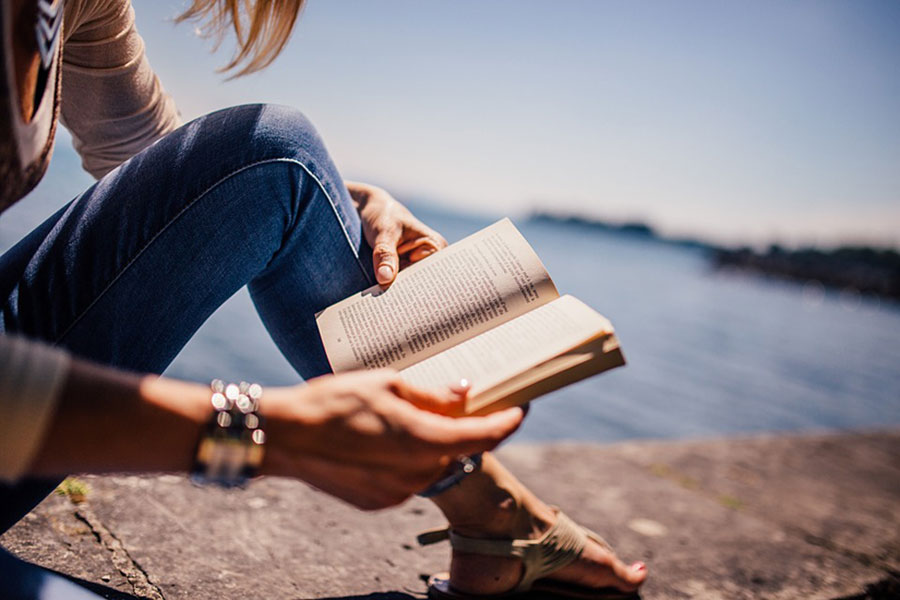 What’s a long hot summer without a fast-paced, can’t-put-it-down thriller?

Here, 10 new and up-and-coming releases that will elevate your heart rate while you’re reclined in comfort on your favourite lounge chair. 1. Our Kind of Cruelty by Araminta Hall

A toxic tale of obsession which blurs the lines of perception and reality, Our Kind of Cruelty was hailed as “one of the most disturbing thrillers I’ve read in years,” by genre-disruptor Gillian Flynn herself. The narrator Mike writes from his cell — on the advice of his barrister — outlining the story of his relationship with “V,” and the secret game they play, where she rejects and he pursues. Hitchcock’s influence on the modern thriller is hard to deny — consider the wildly successful The Woman in the Window by A. J. Finn — and Bring Me Back mines the rich territory of Hitchcockian tropes. Driving back from a holiday in France one night, young lovers Finn and Layla pull into a service station. While Finn is inside, Layla vanishes, never to be seen again.

Twelve years later, Finn has built a new life with Ellen, Layla’s sister, when he learns someone has seen Layla. Could it really be her? And could the truth of that night destroy him? Then there’s the lasting legacy of Agatha Christie. Before his own writing career, Ragnar Jonasson translated 14 Agatha Christie books into Icelandic. This is the third title in his Dark Iceland series, which follows the career of policeman Ari Thor in the remote village of Siglufjordur. In the brightness of summer’s 24-hour daylight, a young man is beaten to death. But the sky is darkening with the ash from a recent volcanic eruption, an oppressiveness reflected in the increasing horrors of the case. 4. The President is Missing by Bill Clinton and James Patterson

Unfortunately, The President Is Missing is not a headline linked to the current administration. It is an over-the-top diversion, a collaboration between James Patterson and former president Bill Clinton. As the novel opens, enemies are planning an attack of unprecedented scale on America. Among whispers of cyberterror and espionage and a traitor in the cabinet, the President himself becomes a suspect — and then goes missing. 5. The House Swap by Rebecca Fleet

This slow-burning thriller follows couple Caroline and Francis, who receive an offer to house swap their city flat for a townhouse in an upscale London suburb and take the chance to reconnect as a couple. But after their arrival at the stark and foreboding house Caroline begins to uncover clues that the person they have swapped with is someone she used to know, someone she’s desperate to leave in her past. 6. Jar of Hearts by Jennifer Hillier

This intense thriller, by Toronto-writer Jennifer Hillier, is at its most simplest the story of three friends: one who was murdered, one who goes to prison and one who has been searching for the truth. Fourteen years ago, when one of the high school’s most popular girl goes missing, no one suspects her best friend Georgina, now a vice-president at a successful pharmaceutical company. But Angela’s remains have been discovered near Georgina’s childhood home, and Detective Kaiser Brody, who was good friends with both girls in high school, is onto the truth. 7. Her Pretty Face by Robyn Harding

In her suspenseful follow-up to The Party, Robyn Harding spins a web of lies, deceit, and betrayal. Her Pretty Face is a chilling drama inspired by notorious Canadian serial killer, Karla Homolka. Frances Metcalfe and Kate Randolph might seem like an odd couple, but the two private-school moms develop a deep friendship — one that is threatened by dark, long buried secrets. One of these women is not who she seems: her real name is Amber Kunik and she’s a murderer.

8. A Double Life by Flynn Berry

Another true-crime inspired novel, A Double Life is loosely based on the Lord Lucan affair – Lucan disappeared in 1974 after allegedly attacking his estranged wife and killing his children’s nanny — a murder mystery that shocked a nation. A Double Life is told from the adult perspective of Claire, a child who was in the house when her father murdered her nanny, beat her mother and then vanished. Claire is now a hard-working doctor living a quiet life in London, but that all changes when the police tell Claire they’ve found her father. 9. The Other Woman by Sandie Jones

We’ve all heard stories of the mother-in-law from hell and The Other Woman explores this concept to its full potential and dark outcome. In this twisty thriller, Emily is planning her life with Adam, her dream man, but his mother Pammie has very different plans. Pammie seems determined to sabotage the couple’s happiness, and won’t let anyone, including Emily, stand in her way. If you haven’t already discovered the addictive diversion that is Ann Cleeves’ Inspector Perez series, consider this your summer reading project, as the eighth and final book, Wild Fire, comes out this fall. The series is set in the isolated Scottish Shetland Isles, where Detective Inspector Perez and his police colleagues become entwined in the tight-knit island community as they investigate mysterious disappearances, murders and the darkest secrets of Scotland’s northerly islands. (It’s also a hit BBC series, available on Netflix, so you can add that to your shows to binge watch — just don’t expect the same timeline as the books.)