Armchair Traveller: 8 Books to Transport You to Intriguing Locales 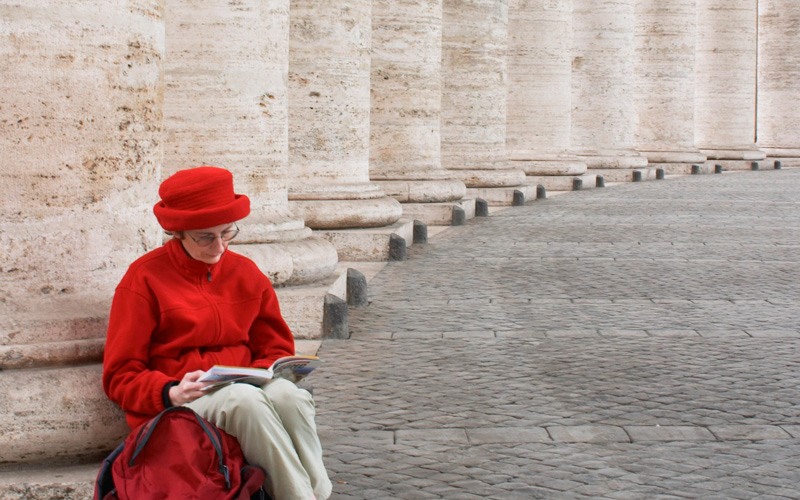 Feeling a sense of wanderlust but stuck at home? From the beaches of the South Pacific to the dusty streets of Casablanca to the wind-scrubbed landscapes of remote Northern Iceland, these books will make you feel like you’ve journeyed far from home. With Vida writing The Diver’s Clothes Lie Empty in the second person, “you” get to flee to Morocco, where having your passport and all your money stolen sets in motion a series of events that has you taking on the identity of a film actress, among others. But don’t be fooled into thinking this is simply a light-hearted comedy of errors — it has drawn comparisons to the works of Alfred Hitchcock and Patricia Highsmith as a suspenseful thriller. Eighty years after it was originally published, the Green Hills of Africa was reissued as an enhanced edition in 2016 with archival material including the never-before-published safari journal of Hemingway’s second wife, Pauline Pfeiffer. In Hemingway’s account of a hunting safari on the Serengeti Plains, the writer wanted to prove that a nonfiction work could “compete with a work of the imagination.” Inspired by a cultural exchange to Iceland by the Australian author and described as a “dark love letter” to that country, Burial Rites is based on a true 19th-century murder and execution. Agnes, convicted of the brutal murder of her former master, is sent to an isolated farm to await her hanging. As the harsh winter passes, the farmer’s family learns there is another side to the sensational story. 4. The Vacationers by Emma Straub

If you fancy a drink by the pool and a round of tennis in Mallorca, Spain, then consider this best-seller by Emma Straub. The novel follows Franny and Jim as they take a trip to celebrate their 35th wedding anniversary and the high-school graduation of their daughter Sylvia. Also along for the trip are various siblings and friends. But, of course, all does not go according to plan, and the vacation is not all fun and games — indiscretions come to light, humiliations are experienced, childhood rivalries resurface and various crises threaten chaos at every turn. 5. The Rumor by Elin Hilderbrand

For many, it’s not summer without a trip to the Cape. Elin Hilderbrand is known as one of the foremost chroniclers of Nantucket and The Rumor explores the toxic effect of gossip on the small island when Madeline, an author with writer’s block, uses her friend’s affair for inspiration for her latest page-turner — to disastrous effect, of course. The house that inspired F. Scott Fitzgerald’s Tender Is the Night becomes the setting for an equally tragic and compelling tale in Klaussmann’s Villa America. A fictionalized portrait of the Murphys — who built the house  on the coast of Antibes on the French Riviera — and their friends (who included Cole Porter, Pablo Picasso, Ernest Hemingway and Scott Fitzgerald) the novel is a fascinating imagining of that golden age. Short of actually surfing, this may be the closest you come to riding the waves. The memoir chronicles Finnegan’s lifelong obsession with surfing and takes readers all over the world. Each chapter features a place and shares Finnegan’s account of living and surfing there: from San Francisco, to Australia, to Hawaii, to Asia. to Africa. This is a grand account of a big life well lived. Don’t be surprised if you find yourself booking surf lessons. Dream of escaping to a sunny tropical utopia? Set on a remote Polynesian island, The Last Good Paradise by Tatjana Soli is something of a modern-day Robinson Crusoe. But the world-weary at this island resort — from the power couple with money troubles to the rock star fleeing fame — learn that running away doesn’t always solve your problems.