Zoomer Winners at the Emmys 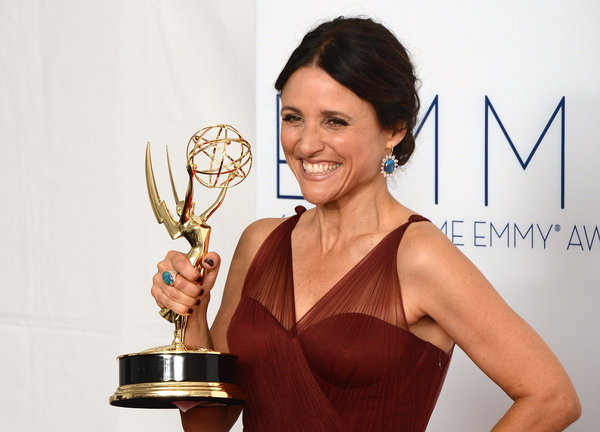 Much like both the Grammys and the Academy Awards earlier this year, Zoomers stole the headlines at the 64th Primetime Emmy Awards.

Jon Stewart, 50, earned his 10th Emmy in a row for The Daily Show in the

Variety, Comedy or Musical Series category, while 57-year-old Dancing With the Stars front man Tom Bergeron trumped Betty White and the other nominees to snag the statuette for reality show host.

Zoomer winners dominated the comedy categories, with Julia Louis-Dreyfus (51) taking home her third Emmy, this time for lead actress in the presidential comedy Veep. Jon Cryer (47) provided the upset of the night, winning the Emmy for lead actor in Two and a Half Men. The incomparable Kathy Bates (64) took the award for guest actress for her role on the same sitcom.

At the other end of the spectrum, 77-year-old Dame Maggie Smith won the award for supporting actress in a drama for her role on the British mega-hit Downton Abbey. Julianne Moore (51) won for lead actress in a mini-series or movie for her portrayal of former U.S. vice-presidential candidate Sarah Palin in Game Change, while Jessica Lange (63) won best supporting actress for American Horror Story. The acclaimed Hatfields & McCoys took home two awards in the same category – Kevin Costner (57) for lead actor and Tom Berenger (63) for supporting actor.

Comedian Louis C.K. (45) earned two awards, one for comedy writing and the other for his comedy special Louis C.K. Live at the Beacon Theatre.