Dancing in the Face of Age 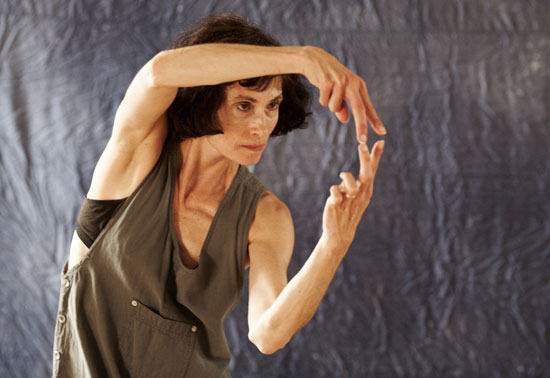 If getting old ain’t for sissies, as Bette Davis famously quipped, it ain’t for dancers, either. Few other fields favour youth so assiduously; in the dance world 30 is mature and 40 is over the hill. Toronto dancer Claudia Moore started Older and Reckless back in 2000 as a showcase for mature dance artists.

“The older the performer, the deeper and braver the expression,” says Moore, who knows from experience that dancing past middle age means accepting and adapting to a body that’s no longer at its peak.

Moore returns to the Dancemakers Studio stage this weekend in Toronto dancing in an excerpt from Denise Fujiwara’s Eunoia, based on the book by Christian Bok. Also bringing work in this 28th instalment of the dance series are Peter Chin, Nancy Latoszewski and Peter Bingham.

Older and Reckless is a shout and a laugh in the face of aging. “I loved the response from one audience member who said, ‘It’s a pleasure to see the dancers as they are, rather than as they used to be,’ ” recalls Moore. “When you see young dancers, they’re wonderful, but the older performer brings something different.”

I asked Moore for her impressions of each of the choreographers bringing work to this installment of Older and Reckless.

Peter Bingham
“Peter is the master of contact improvisation,” says Moore. “The fellas who are performing, Kostas Gerardos and Daelik have been working with Peter for many, many years now. They’re doing a beautiful duet to beautiful music by Robert Schumann (Romantic Old Horses).”

Denise Fujiwara
“I think Denise with her butoh curiosity was really drawn to Christian Bok’s work. The dance integrates movement and text, there are also projections in it with original music by Phil Strong. It’s quite zany and a lot of fun.”

Peter Chin
“Peter is one of my very favourite artists. He’s presenting a new solo he’s been working on. I just find him absolutely riveting as a performer and he has a very special artistry in regards to music and choreography, he always creates something fascinating. He has a rare ability to both entertain and move his audience.”

Nancy Latoszewski
“Nancy is a beautiful dancer, I think she’s the first woman in the series who is very much from a classical background. She took a break from performing to have children and Carriage is a piece she created about the transition into motherhood. It’s based on her emotional response to becoming a mother after having been a performer for so many years.”

In conclusion, Moore says, “The older performer becomes a more interesting performer because of all that he or she has been through. Life experience and injury and huge personal challenges; we bring all of that to the stage and it just makes us better.”