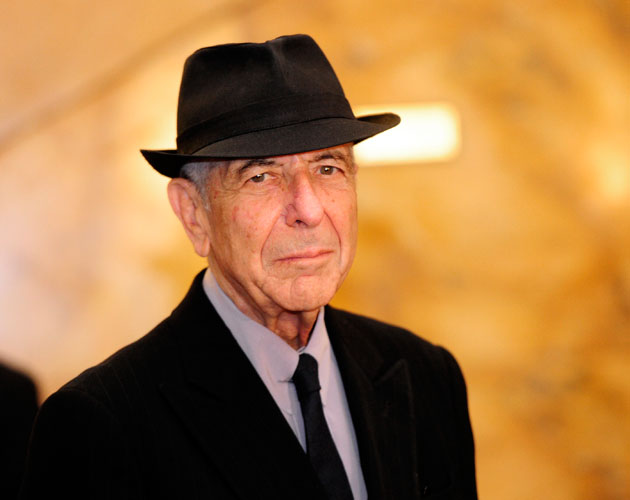 The former Zoomer cover subject earned two nominations for the work on his final album, 2016’s You Want It Darker.

The Grammy Awards have long proved the bastion of younger artists and pop stars du jour, but the list of 2018 nominees boasts an impressive number of 40-plus talents, led by Canada’s legendary troubadour Leonard Cohen.

Cohen earned two nominations, including for Best Rock Performance for “You Want it Darker,” the title track off his final album, released shortly before his death last November at age 82, and Best American Roots Performance for “Steer Your Way,” off the same album. Cohen’s joined in the latter category by “Arkansas Farmboy,” the autobiographical tune by country legend Glen Campbell, who died earlier this year at age 81.

The Rolling Stones landed a Best Traditional Blues Album nomination for Blue & Lonesome – their first studio disc since 2005 and their only album made up completely of cover songs – Gregg Allman’s Southern Blood, his final album before passing away in May at age 69, earned two nods, for Best Americana Album and Best American Roots Song (“My Only True Friend”) and Yusuf Islam/Cat Stevens, 69, is up for Best Folk Album for The Laughing Apple.

Hans Zimmer, 60, is nominated twice in the same category – Best Score Soundtrack For Visual Media – for his work scoring the war film Dunkirk and for helping to compose the music for the Oscar nominated 2016 film Hidden Figures alongside Pharrell Williams, 44, and Benjamin Wallfisch while 85-year-old legendary film composer John Williams picked up a Best Arrangement, Instrumental or A Cappella nod for “Escapades For Alto Saxophone And Orchestra From Catch Me If You Can.”

And an honourable mention goes to Canadian theatrical sensation Come From Away, about the community of Gander, Newfoundland, which took in stranded airline passengers following the Sept. 11th terrorist attacks, which is in the running for Best Musical Theater Album.

Outside of music, Bruce Springsteen, 68, earned a Best Spoken Word Album nomination for Born To Run, which competes in the boomer-heavy category against Astrophysics For People In A Hurry by Neil Degrasse Tyson, 59, Our Revolution: A Future to Believe In by Bernie Sanders, 76, and Mark Ruffalo, 50 and The Princess Diarist, by Carrie Fisher, who passed away last December at age 60. And in the Best Comedy Album Category, Jerry Seinfeld, 63 (Jerry Before Seinfeld) finds himself in a laugh-off with Jim Gaffigan, 51, (Cinco), Sarah Silverman, 46 (A Speck of Dust) and Dave Chappelle, 44 (The Age Of Spin & Deep In The Heart Of Texas).

Other notable 40-plus nominees include:

Two Trains Runnin’ (about how two groups of students converged on Mississippi in 1964 in search of two aging blues musicians at the same time that the Freedom Summer group, which hoped to register more African-American voters in the state, made a trip there to rally their cause)