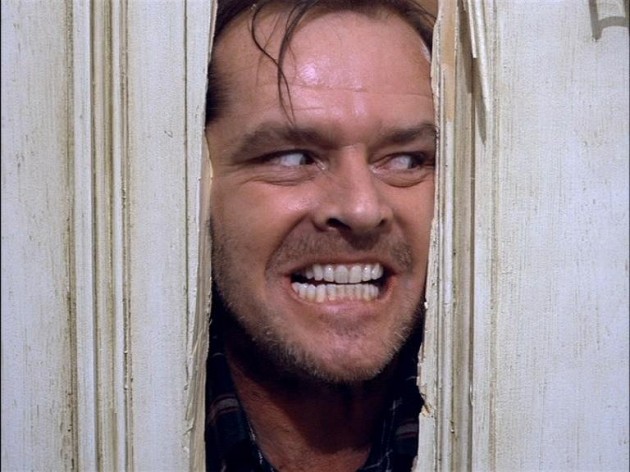 With Halloween fast approaching, it’s time for horror film buffs to break out their favourite gory movies and enjoy a good fright. But, as with any film, there’s a lot that goes on behind the scenes that fans may not realize. What famous horror villain’s face is literally modelled after Zoomer cover man William Shatner? What legendary music did one iconic director almost slash from the climactic scene of one of his best-known thrillers? Which scary flick caused a viewer to pass out and sue the studio for injury? And what is the only horror film to ever win the Oscar for Best Picture? Read through these 10 frightful facts to find out.

1. “I swear, officer, William Shatner tried to kill me!”

This beloved horror film franchises takes its name from the most frightful day of the year. However, one of the scariest things about the first Halloween film was its small budget. When tasked with finding a mask suitable for the film’s monster – Michael Myers – the only one that could be bought under budget was a Captain Kirk costume mask from the original Star Trek series. The film crew bought the mask and altered it enough so that it doesn’t look like the Star Fleet commander. Still, it would be funny if Michael Myers spoke, and it came out sounding like Shatner: “I – am -. here to kill you.”

Jack Nicholson redefined the term “lost his marbles” with his turn as Jack Torrance in Stanley Kubrick’s masterpiece The Shining. However, it’s been reported that Harrison Ford, Robin Williams and Robert De Niro were also considered for the part. They’re all brilliant actors, but having Han Solo, Mork or a Goodfella stick their head through the shattered remains of a wooden door to deliver the film’s classic line just wouldn’t have been the same.

3. What’s next? Exchange the Bates Motel for the Disney World Castle?

It sounds strange now, but the first studio to show any interest in writer Wes Craven’s script, titled A Nightmare on Elm Street, was Disney. However, Craven wasn’t keen to adapt his film to cater to the Mouse House’s younger audience.

Yahoo.com reports that a man fainted and broke his jaw on a theatre seat during a screening of The Exorcist when it was released in 1974 and then sued Warner Brothers. The man claimed that subliminal images in the film caused him to pass out. Funny, everyone else in the country was fine. Still, the studio and the man settled for an unknown sum of money.

The first time a toilet was seen flushing in an American film was in the movie Psycho. Not one of the film’s biggest thrills but a step forward in American cinema nonetheless.

Dracula holds the Guinness World Record for being the most portrayed “non-human” character in film, with 272 appearances. Some notable Dracula’s include Gary Oldman, Frank Langella and, of course, Bela Lugosi.

7. I’d like to “thank” the Academy with some fava beans and a nice Chianti

The only horror film to ever win the Best Picture Oscar is The Silence of the Lambs. It also won Best Actor (Anthony Hopkins), Best Actress (Jodi Foster), Best Director (Jonathan Demme) and Best Adapted Screenplay (Ted Tally). Only two other films have ever swept the five major Oscar film categories: It Happened One Night and One Flew Over the Cuckoo’s Nest.

Speaking of The Silence of the Lambs, Anthony Hopkins channelled the voices of two legendary figures to get the right sound for the sadistic Hannibal Lector: Katherine Hepburn and Truman Capote.

9. Eight months of editing and the camera still shakes like that?

It may not look like it, but The Blair Witch Project, which was shot over a matter of days, took eight months to edit. Sounds crazy, but it raked in almost $250 million. So, whatever they did, it worked.

10. Everyone likes listening to music in the shower

Try to imagine the climactic shower scene in Psycho, when Norman Bates takes a knife to poor Vivien Leigh, without the accompanying “Screaming Violins.” That was almost the case, as director Alfred Hitchcock originally wanted no music featured in the scene. Luckily, composer Bernard Herrmann ignored his boss’ wishes, wrote the music and pitched it. The final cut, so to speak, is a classic.