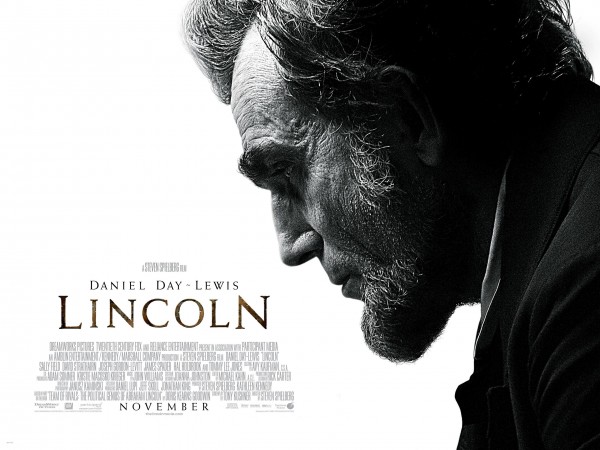 What’s it about? The only thing more daunting than forging peace between the northern and southern states in post-Civil War America is trying to convince half the country to support the Thirteenth Amendment, abolishing slavery. Abraham Lincoln, however, wants to do both – at the same time.

Is it any good? A Steven Spielberg film without aliens and monsters and only a brief battlefield blowout? Yes, some wondered whether the famed director would falter under the weight of a historical drama bereft of the special effects magic that’s helped him make his name (evidently, they never saw The Color Purple). Lincoln, however, is a special breed of Spielberg film. The war is ending, and the struggle for unity and freedom has begun. And that’s where it gets interesting.

To start, Daniel Day-Lewis resembles the real-life Lincoln about as closely as any human can. Yet the actor mines deep beneath the makeup, amplifying his performance with a reported year’s worth of preparation, right down to the pitch of the 16th president’s voice. The walk, talk, tone and emotion, displayed in his unwavering determination to form a united States, the complex private life he shared with wife Mary Todd and his dual reverence for, and frustration with, the democratic process will likely make Day-Lewis the man to beat when it’s time to hand out Best Actor statues next award season.

Lincoln, however, is not a one-man show. Sally Field is already attracting Oscar buzz for her turn as Mary Todd Lincoln, a steadfast supporter of her husband in public, while suffering from mental illness (some believe it to be bipolar disorder), debilitating headaches and the heartbreak endured from the passing of her son. Meanwhile, Tommy Lee Jones holds his own as the cranky, clever and often quite funny Republican Thaddeus Stevens.

Spielberg, as usual, does a great job of getting the most from all of his actors (though more Joseph Gordon-Levitt as Honest Abe’s son Robert would have been nice). The film itself is stacked with powerful imagery and exchanges, though you do have to wait out the occasional soundtrack-induced sappy scene between them. And since the movie clocks in at close to three hours, you’ll find times near the end when you’re certain the camera will fade to black and credits, only to find there’s more to the tale.

In the end, perhaps what’s most of note about this film is how Spielberg, screenwriter Tony Kushner and author Doris Kearns Goodwin (the film is based on her book, Team of Rivals: The Political Genius of Abraham Lincoln) remove Abraham Lincoln from history’s pedestal and portray a more honest version of Abe, warts and all. Lincoln wants to end slavery but doesn’t necessarily believe in complete equality between African Americans and white Americans. He gets flustered, frustrated and lashes out – a far cry from the composed, dignified orator of the Gettysburg Address. He fights with his ill wife, wondering out loud whether he should have left her years earlier. He uses his influence and clout behind closed doors to get what he wants. No, Lincoln is not morally untouchable. He was a brilliant man ahead of his time, no doubt, but as the film illustrates, still human.

And that’s the point. This film is about the individual, often messy steps a nation takes on the long road to solving a big problem. It’s about how even the best, and best intentioned, among us are flawed. And it’s about how democracy, though the fairest way, is rarely the easiest way.

Can I bring my kids and grandkids to see it? It’s a dialogue-driven film, so if their attention wanes easily, it’s doubtful they’ll stick around to see if Honest Abe gets his way.

Overall Popcorn Rating: 4 kernels out of 5