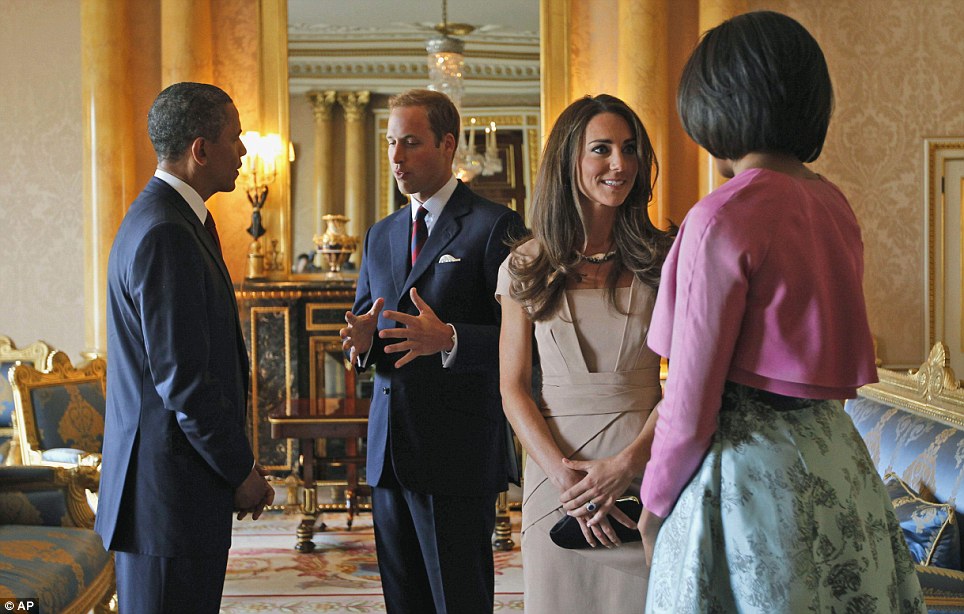 Fresh from their Seychelles honeymoon, sun-kissed and newly named Duke and Duchess of Cambridge welcomed U.S. President Barack Obama and First Lady Michelle Obama as their first official duty as a royal couple.

Their meeting was a brief 10-minutes after the Obamas were greeted by the Queen and Prince Philip at Buckingham Palace.

Later, the Obamas were taken to Buckingham Palace Gardens where they were faced with a guard of honour of 101 soldiers from the 1st Battalion, Scots Guards, three officers as well as a band, pipes and Drums of Scots Guard.

‘The guardsmen gave the Obamas a royal salute and the American national anthem was played in their guests’ honour.