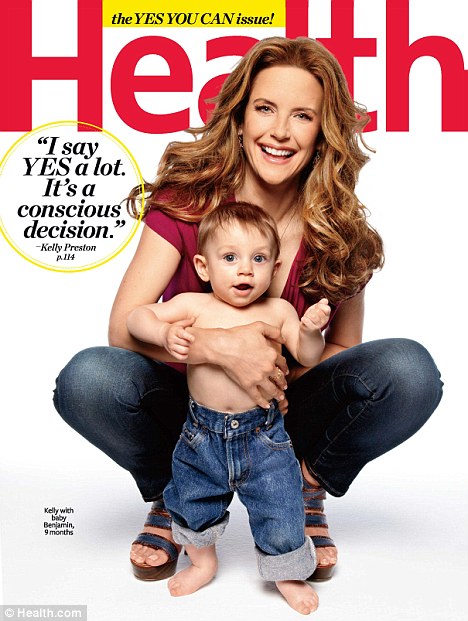 Kelly Preston appears on the September 2011 cover of Health magazine with her adorable tot, Benjamin Travolta. The mother of two seems to beaming with happiness in the spread, but it was not that long ago that a trying tragedy struck the Travolta clan. In January 2009, Kelly and husband John Travolta’s 16-year-old son, Jett, tragically died from a seizure disorder. The family remained relatively mum on the matter for quite some time following the incident, but now both Kelly and John are speaking out about what helped them get through this unimaginably tough time. She said to the magazine, “To be honest, [it was] the Scientology Centre. I don’t know if I would have made it through without it.” Travolta is one of the highest profile members of the religion and has also expressed how it has helped him cope with the ordeal. Head over to www.health.com to read more of the interview with Kelly Preston.