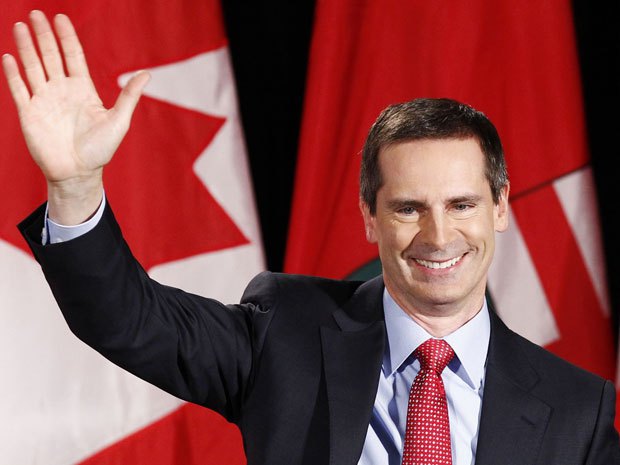 A weak minority government that was plunging in the polls, brewing fights with doctors and teachers and a growing scandal over the Liberal party’s failure to release documents concerning two power plants – Ontario Premier Dalton McGuinty saw the handwriting on the wall yesterday and announced he was stepping down as leader of Canada’s largest province. Dubbed Premier Dad, McGuinty, 57, cited family as well as the need for “renewal” within the party as reasons for his departure. However, it had become clear that after winning three elections (two majority and latest a slim minority) and failing to cut the province’s mounting deficit, the premier’s stock had fallen to the point where he had no other choice. When asked whether he would run for the leadership of the federal Liberal Party, McGuinty left it open: “I don’t have any plans.”

The CBC  says he had no choice but to resign.

The National Post asks what he accomplished during his time in office.

The Toronto Star looks at possible contenders for the job.

The Toronto Sun says Lib government should be dissolved.