A Q&A With Giller-Winner Will Ferguson 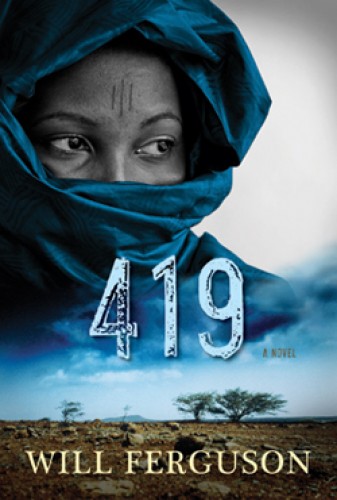 Zoomer chats with Will Ferguson, three-time winner of the Leacock Medal for Humour and winner of the the prestigious Scotiabank Giller Prize for his latest novel 419. This book explores the darker side of human nature and tells the story of an email scam that has deadly consequences in North America, sending a daughter to Africa to solve the mystery of her elderly father’s demise.

Athena McKenzie: A couple of your books have involved a con or con men. What is the draw?
Will Ferguson: My father put himself through teacher’s college partly by hustling pool in Saskatchewan in the 1930s. He was suspiciously well-informed about con artists. My previous book, Spanish Fly, was about the golden age of the con artist in the 1920s, and a lot of it was based on guys my dad knew or stories he told me. At its purest form, con games target only greedy people. That is the origins of the expression: you can’t cheat an honest man. The classic cons took advantage of the larceny in the other person’s heart. It used that against them. In reality, there are victims, especially today. Con artists tend to target seniors, retired people. Because people who are retired generally grew up in a more trusting time, and they are often sitting on savings and have lots of free time to chat. So they make ideal targets. Spanish Fly told the story of the con artists in the golden age, and with this one I wanted to tell the victim’s story.

Athena McKenzie: What is 419?
Will Ferguson: It’s the Nigerian email scam — an advance fee con. The origins of it, not the technology obviously, but the origins of this con can be traced back to the Spanish Armada in the 1500s. After the Spanish Armada, the failed invasion of Elizabethan England, wealthy landowners would get quill-written letters from a young woman saying, “My father is being held in a Spanish prison, and I need to bribe the guards. He has millions in Spanish gold that he has hidden away, so if you give me X number of pounds, I will reward you in gold.” The format is still there. It’s someone in trouble with a corrupt government, they need your help, they want to move a bunch of money out and you just need to advance a smaller amount to them. It’s called an advance fee fraud.  When the economy of Nigeria collapsed right when the Internet was taking off, they updated the Spanish Prisoner scam for the Internet age.

AM: You’re known for your humour writing. Was the writing process different for 419?
WF: I think more in terms of structure and story than whether it is funny or not. To me, the story demands whether or not the story is funny. In this third novel, the topic isn’t really funny. People’s lives really are ruined by these scams. People commit suicide, they embezzle, they go to jail. There wasn’t a lot humour coming out of it. That was one of the reasons I injected a character like Igbo Joe – to create some humour and to have banter. I can’t read a book that is relentlessly dark and I didn’t want this to be a dark book. And I think the ending is upbeat, myself. Although it is a sad book, I hope the ending is uplifting.