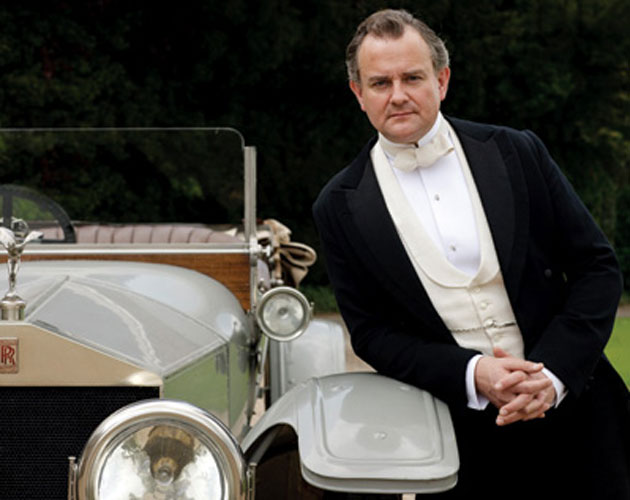 The small screen is sizzling with the Edwardian period soap opera, Downton Abbey, and it’s not just the beautiful costumes, set and gorgeous cast.

Once upon a time, there was castle in the English countryside, and in the castle there lived the Crawley family. The father and mother were known as Lord and Lady Grantham, and they had three beautiful daughters: Mary (the cool and aloof eldest), Edith (okay, she’s the plain middle child) and Sybil (the rebellious kid sister). But despite the fairytale setting, full of glamorous Edwardian fashion, riches beyond reasonable expectations and handsome suitors aplenty, all was not right within the walls of the castle. Downton Abbey, to you and me.

But what isn’t “right” inside Downton is precisely what is so right on television screens ever since the ITV series began airing in North America last fall. The third season is set to start filming just as the second completed its initial run on PBS and will air on Vision TV (a ZoomerMedia property) this month – the channel holds the Canadian rights. All the while the series about the aristocratic Crawleys’ and the butler, footmen and maids who love them or hate them depending on the character and opportunity has become an international phenomenon, garnering Emmys and Golden Globe awards alongside viewers.

A soap opera set in Edwardian England a ratings juggernaut? Who would have thought it possible? Not the cast, or so says one of its stars, Hugh Bonneville, 49, who plays Lord Grantham with aplomb, when reached at his home in London.  “It was a surprise it was big in the U.K. to be honest,” he admits. “And because it is so quintessentially British and is about the nuances of British social structure back in those days, I thought it might not necessarily travel.”

But travel it did or, as a review in the New Yorker put it: “The series about the aristocratic Crawley family and their titular home goes down so easily that it’s a bit like scarfing handfuls of caramel corn while swigging champagne.” And who doesn’t love that combination on a Sunday night?

The series begins when news of the sinking of the Titanic reaches England, and Downton, where its heir is thought to have perished. It is a historical tragedy, of course, but it also serves as a prime starting point to launch a story about the evolution of the English aristocracy in the early 20th century. “It’s a big symbol of British ambition being thwarted,” agrees Bonneville. “It symbolized the idea of the rich surviving while the people in the lower deck suffered. But it’s an iconic moment in history where this pride of Britain was struck on its maiden voyage.”

The media has made much ado about why Downton strikes such a chord. There is precedence for this milieu being popular in both cinema – take every Merchant Ivory production – and on television – the original Upstairs, Downstairs, which aired in the 1970s and is currently enjoying a revival in the BBC remake. The other prevailing theory, beyond the massively appealing scripts and stellar cast, is the parallel that can be drawn with today’s economic climate and all the political chatter in the U.S. election run about the top one per cent high-income earners and the rest of us. In other words, America and, to a lesser degree, Canada, have grown closer to having its own class system – the Occupy movement being a case in point.

“A country house in that era is one of the few places you can legitimately and convincingly see a whole cross-section of society apart from in a hospital or police station,” explains Bonneville.

The show’s creator, Julian Fellows, who shot to fame and fortune with his Oscar-winning screenplay (his first) at the age of 53 for 2002’s Gosford Park, also set in a stately family home in England, has said that he was inspired by American shows such as Hill Street Blues for their structure and ability to balance multiple characters and plotlines. But of course, the Downton characters’ crimes are of the social variety. “I’m seen as a chronicler of the class system, which I don’t think is unfair,” Fellowes told the New York Times last September. “I think one of the things we got right with Downton was that we treat the characters of the servants and the family exactly the same.”

It is true that there are as many love-to-hate characters in the servants’ quarters, such as Sarah O’Brien, the conniving lady’s maid, as there are to admire upstairs, such as Matthew Crawley’s determination not to have money change him. It’s a democratic approach that has apparently carried through to the actors during filming.

Elizabeth McGovern, 50, the Oscar-nominated American actress who has lived in the U.K. since the 1990s after marrying director Simon Curtis (My Week With Marilyn), says the set is a warm and friendly place to work. “The cast checks their egos at the door,” she tells me over the phone from London. “I admire the English cast so much, their tradition in theatre and how they come to set and just do it.”

And all those audiences who gather across the continent for Downton viewing parties, complete with period dress and tea (and perhaps champagne) are thrilled they do.

“A number of people have sat down to watch an episode and, by midnight, are on episode five. There is something that hooks you in that one can’t define,” says Bonneville.