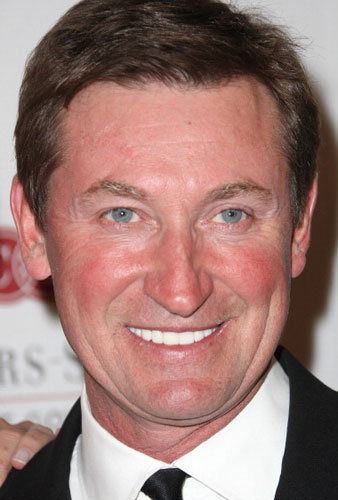 Puck fans in Toronto had Twitter buzzing last night with gossip that Wayne Gretzky would finally return to hockey in some capacity, perhaps in an executive role with the Toronto Maple Leafs. Team owners, however, have done their best to put out the fire the rumours started .

With Brian Burke out as president of the Leafs, there’s an opening in the front office and reports began circulating that The Great One was involved in discussions to become the team’s next president. Gretzky hasn’t had an official job with the NHL since his time in Phoenix as part-owner and coach of the Coyotes, an altogether forgettable experience for which he’s still owed money.

Let’s retrace the steps to see how quickly a rumour, no matter how groundless, germinates in this hockey-mad city.

1) Nick Kypreos (@RealKyper) a hockey commentator for Sportsnet who’s got good insider credentials, gets the ball rolling yesterday when he tweets: “Can definitively say preliminary discussions within MLSE have taken place.”

3) Damien Cox feeds the rumour mill, writing in the Toronto Star that: “It seems logical to imagine Gretzky will ultimately return in some capacity with some team. He almost signed with the Leafs in 1996 to realize a childhood dream, and was willing to play for Toronto for a lesser salary just to try to make it happen.”

7) No one can track down Gretzky to confirm or deny

Hysterical speculation aside, now might be the right time for hockey’s all-time leading scorer to renew his ties with the game he loves. Gretzky’s kids are grown up and his swank pad in L.A. recently went on the market. In fact, new rumours suggest he’ll be part of an ownership group in L.A. Stay tuned.