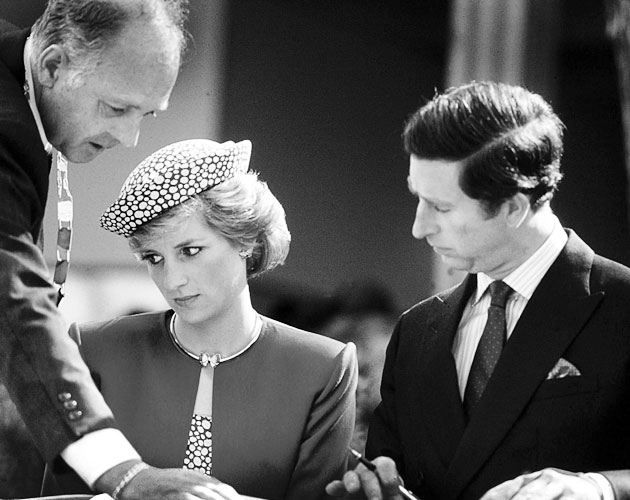 Pictures really are worth a thousand words. We flashback to Princess Diana on her second official visit to Canada in 1986. With photojournalist Peter Bregg, who has covered global news events for more than 40 years.

Here, while Diana, Princess of Wales, and her husband, Charles, prepare to sign the official guest book in Prince George, B.C., one could be forgiven for thinking the turmoil that would haunt their marriage had already started.

After all, this photo was taken in 1986, on their second official visit to Canada, the year that Charles would later admit to rekindling his romance with Camilla Parker-Bowles (now his wife), although Diana always maintained her husband’s affair had begun in 1984. Still, this photo, which features the ’80s shoulder-pad era as well as the royal propensity for bizarre hats, actually captures one of the most endearing views of the Princess.

As always, Diana, whom I first photographed when I covered their royal wedding from inside St. Paul’s Cathedral, wowed the crowds everywhere she went. She looked outstanding in bright colours such as royal blue, vivid reds and yellows. But her colourful clothes did not hide her sadness as she and Charles drifted apart. This was more evident on subsequent visits when Diana sat downcast or facing away from Charles at public functions.

In this photo, we see the mayor of Prince George leaning toward her to show her where to sign the book. In a vintage Diana moment, she’s mesmerized by the doodads on the mayor’s chain of office and staring nearly cross-eyed at it while her protocol-perfect husband gives the occasion all the attention and majesty of a Royal Visit. I positioned myself for the photo dead centre so that I could capture anything untoward that the princess did. Perhaps it was this vulnerability that earned her the title the People’s Princess, no doubt prompted by her saying in 1995 that she wanted to be known as the queen of people’s hearts.

Peter Bregg has covered events with Canadian Press in Ottawa and the Associated Press in Washington, Boston, London and New York.