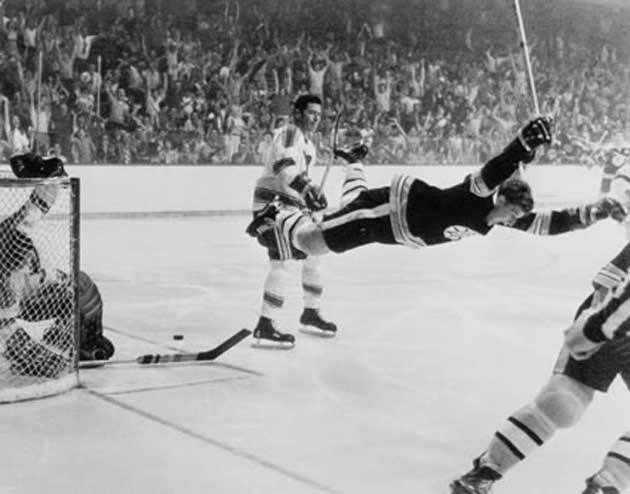 Hard to believe, but it’s almost a half century since the young phenom from Parry Sound, Ont., began making headlines for his breathtaking ability on the ice. Playing regularly for the Oshawa Generals Jr. A team at 14, drafted by the Boston Bruins at 17 and retired at 30 as a member of the Chicago Black Hawks – it was a whirlwind career that saw the Orr break every record for defenseman and revolutionize the way the game was played. He won all the individual awards and was twice a member of a Stanley Cup-winning team.

All the while, he was plagued with knee problems, which eventually forced him to retire at the relatively young age of 30. In his last hurrah, wearing his iconic #4 jersey, he led Canada to victory in the 1976 Canada Cup, managing to eke out one last great performance on a severely battered knee. Forced to retire from the game that year, he went on to a successful career as a player agent and product pitchman. Today, on his birthday, why not sample some of the vintage moments in Bobby Orr’s career.