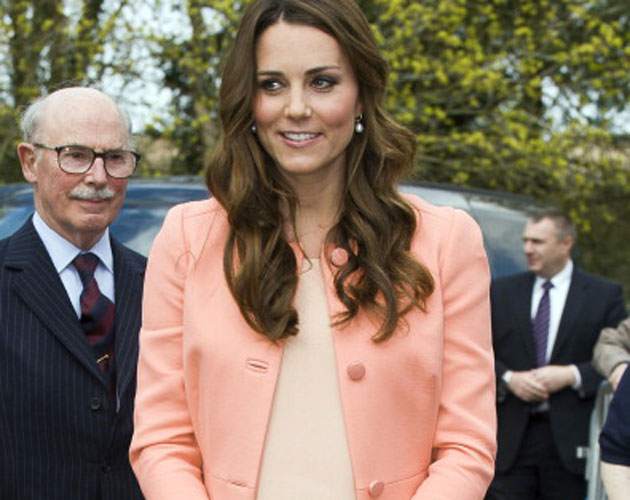 The most famous baby in the world has finally arrived: Kate Middleton gave birth to a baby boy on Monday (July 22). The newest addition to the royal family will become the third in line to throne of England.

“Her Royal Highness The Duchess of Cambridge was safely delivered of a son at 4.24 p.m.,” the palace said in a statement. “The baby weighs 8 lbs. 6 oz. The Duke of Cambridge was present for the birth.”

“The queen, The Duke of Edinburgh, The Prince of Wales, The Duchess of Cornwall, Prince Harry and members of both families have been informed and are delighted with the news,” the statement continued. “Her Royal Highness and her child are both doing well and will remain in hospital overnight.”

The couple broke traditional protocol of announcing the arrival via an easel outside of the hospital. Instead the announcement came through on Twitter via @ClarenceHouse:

Her Royal Highness The Duchess of Cambridge was safely delivered of a son at 4.24pm

William and Kate avoided the world’s media on Monday when they entered St. Mary’s Hospital in central London through a side door. Palace officials confirmed her arrival about 90 minutes later.

The well-wishes from around the world have started trickling in. Prime Minister Stephen Harper issued the following statement:

“Canadians are delighted to learn of the birth of The Duke and Duchess of Cambridge’s son, and we offer our heartfelt congratulations to the Royal Couple and the entire Royal Family.

“The arrival of the newest member of the Royal Family, a future Sovereign of Canada, is a highly anticipated moment for Canadians given the special and warm relationship that we share with our Royal Family.

“This new beginning reminds us of the remarkable and enduring relationship our country has enjoyed with generations of the Royal Family. We recall with fondness the years of unfailing service by Her Majesty Queen Elizabeth II and His Royal Highness The Duke of Edinburgh and their deep affection for and loyalty to this country. We also recall the Royal Tour by The Duke and Duchess of Cambridge who were so warmly received in Canada only two years ago. We look forward to their return to Canada and to being able to introduce their child to Canada and all Canadians.

“Laureen and I send our best wishes of health and happiness to the new parents as they embark on this exciting chapter in their lives.”

Wonderful news! Sharon and I are overjoyed to learn that the Royal couple are the proud parents of a baby boy.

Michelle and I are so pleased to congratulate The Duke and Duchess of Cambridge on the joyous occasion of the birth of their first child. We wish them all the happiness and blessings parenthood brings. The child enters the world at a time of promise and opportunity for our two nations. Given the special relationship between us, the American people are pleased to join with the people of the United Kingdom as they celebrate the birth of the young prince.

Note: We will be updating this post as more news becomes available.