Andrew and Sarah — Is Love In the Air Again? 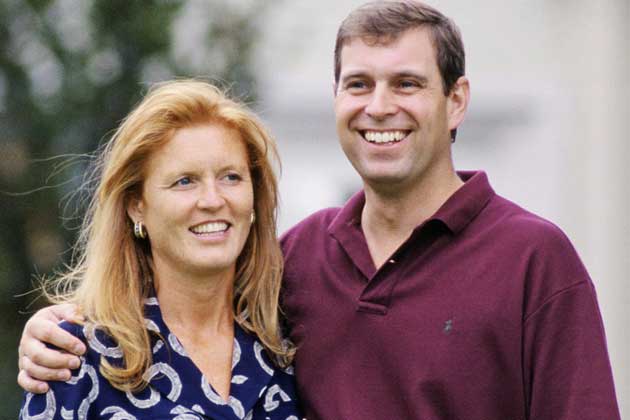 Rumours persist that the Duke and Duchess of York may one day rekindle their marriage. Chris Ritchie investigates…

When Prince Andrew married Sarah Ferguson in July 1986, little could either of them have known of the colourful journey ahead. Giving birth to two daughters, the Duchess of York was seen as a breath of fresh air in an otherwise stuffy royal family set-up, bringing a slightly rebellious and likeable bluster to a world of protocol and decorum.

Before they were romantically involved, Andrew and Sarah had known each other for years and this certainly was evident in the way they were together: relaxed, happy, and contented. But behind the scenes, there was, as always, more than met the public eye. Fergie, as she was dubbed by the media, became the subject of ridicule, while Andrew was away for long periods fulfilling his military duties. Eventually, just six years after their union, they announced an amicable separation in March 1992.

Cementing this separation, and just months afterwards, Fergie was snapped in a compromising situation with her financial advisor. Surprisingly, the divorce didn’t come until May 1996 and it was said to have been amicable. And so it has remained, with the pair separated, but raising their two children, Princesses Beatrice and Eugenie, as if they were together.

Where, generally, a divorce makes a parting of ways official, with Andrew and Sarah the ways have not been parted at all, it seems; no custody battles or bitter settlements ensued. They continued to share a house at Sunninghill Park until the Duke moved to the Royal Lodge in 2004. Three years later, Sarah followed him and bought a house directly behind his. The next year, a fire in hers resulted in Sarah moving into the Royal Lodge.

Evidently, then, the Duke and Duchess of York and their two children are a strong family unit. But is there still any romantic side to their relationship? It depends who you ask. UK tabloid The Daily Express quotes a ‘friend’ as saying “mark my words – they will re-marry. It is only a matter of time” and they have described themselves as “the world’s happiest unmarried couple”. The Express now believes a re-marriage is imminent.

However, there’s one wall of opposition in the form of Prince Philip, Andrew’s father, who has referred to Fergie as “pointless”. It is said he cannot stand to be in the same room as her.

Whether Andrew goes against his father’s wishes remains to be seen, but as he said back in 2009, “Do we have to be married? Well, let’s put it another way, I can neither confirm nor deny the possibility. We have two great children. We still look after them.” Meanwhile, Sarah is claimed to have said it is only a matter of time. Perhaps the most unexpected royal wedding of them all is to come…