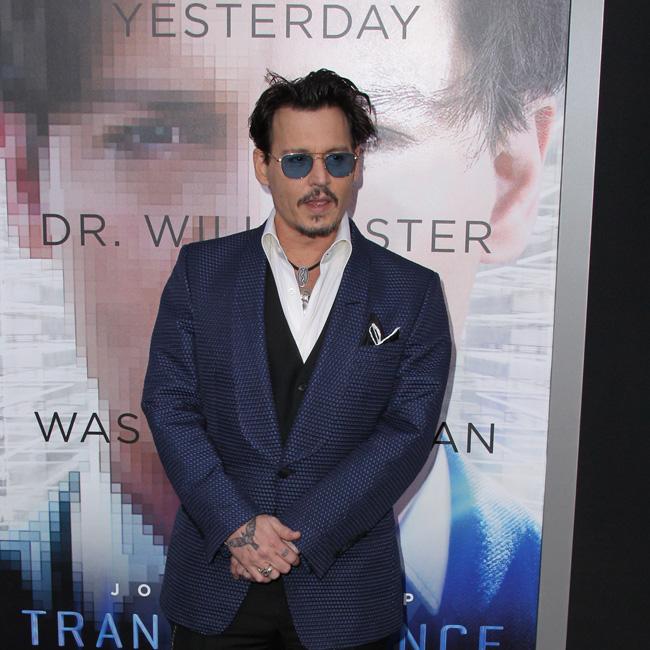 Johnny Depp has purchased a nude portrait of Britain’s Duchess of Cambridge.
The 51-year-old actor forked out a five figure sum for the work by street artist Pegasus and commissioned him to create another of 32-year-old Catherine- who is currently pregnant with her second child with Prince William – in the buff with her baby bump on display.
The second portrait, entitled ‘crowned’ will feature the brunette beauty -who was known as Kate Middleton before her marriage – with nothing but a crown placed on her growing tummy.
The ‘Pirates of the Caribbean’ star also spent £25,000 on a portrait of Queen Elizabeth as he visited the opening of the artist’s gallery in Islington, north London on Sunday (07.12.14)
The Hollywood legend – who is engaged to Amber Heard and has children Lily-Rose, 15, and Jack, 12, with former partner Vanessa Paradis – is said to be a huge fan of Pegasus and “immediately” snapped up the works.
Leonard Villa, the artist’s manager, told the Metro newspaper: “I knew Johnny was coming and wanted the two Kate Middleton works.
“I didn’t even tell my wife and daughters, but I was expecting him. He was extremely charming and immediately bought the painting and put down an offer for the second one.
“Everything at the opening of Pegasus’ gallery sold within 15 minutes.
“He can’t fulfil his orders fast enough at the moment.”
Meanwhile, Catherine – who has 16-month-old son Prince George with the second-in-line to the throne – is due to give birth in April next year.