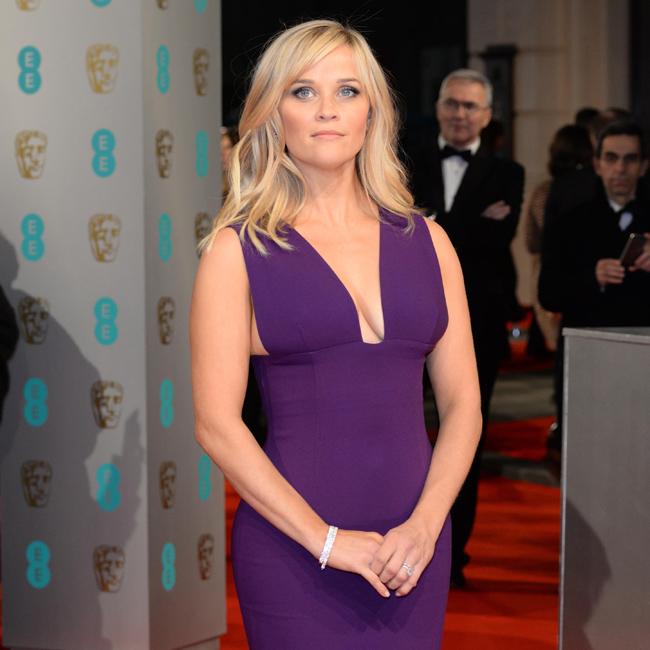 Reese Witherspoon disappointed her mother by not meeting any members of the royal family at a pre-BAFTAs party on Saturday (07.02.15).
The ‘Wild’ actress attended a bash at royal residence Kensington Palace – the home of BAFTA president Prince William and his wife Duchess Catherine, who was formerly known as Kate Middleton – but didn’t meet Queen Elizabeth or any of her relatives.
Reese said: “My mother kept texting me, ‘Did you meet the Queen? Was Kate there? No, Mum, I don’t think they’re coming to the BAFTA pre-party.’ “
While she didn’t get to see the royals, the 38-year-old actress – who has children Ava, 15, and Deacon, 11, from her marriage to Ryan Phillippe, and son Tennessee, two, with husband Jim Toth – was enamoured by the palace.
She told the BBC: “It was amazing, just beautiful, the art was gorgeous, the architecture, the ceilings, everything. I was overwhelmed by beauty.”
Reese has previously met Catherine and William – who have a 17-month-old son, Prince George, and are expecting their second child – during the couple’s North American tour in 2011 and it was previously claimed she stayed in touch with the duchess afterwards and even offered advice during her first pregnancy.
A source previously said: “They have developed a very strong bond.
“Kate knows Reese would never reveal anything about their talks and Reese knows what it’s like to live in the spotlight. They have a lot in common.
“Kate talks to Reese about all of her questions and concerns. She has become kind of an older sister Kate can confide in.”