Scientists have grown their own Crown Jewels 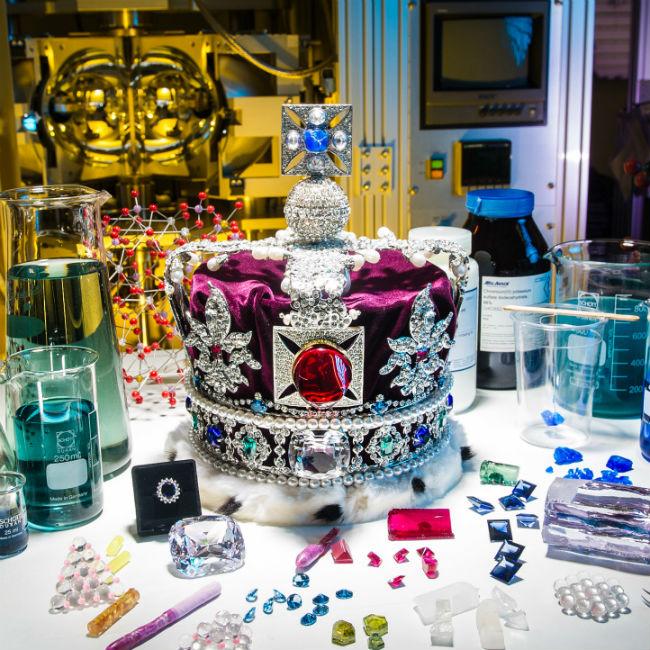 Scientists have recreated the Crown Jewels after growing their own from ingredients found in drain un-blocker, sandpaper and antiseptic cream.
The researchers have been working with The Big Bang UK Young Scientists & Engineers Fair on the impressive project for the past eight months in order to inspire the next generation of scientists and engineers whilst also marking the Queen becoming the longest ever reigning monarch later this year.
CEO of Engineering UK said: “By taking a simple classroom experiment as inspiration, we worked with scientists to create this unique crown, with the aim of showing young people just how fun and fascinating science, technology, engineering and maths can be.”
The project saw top physicists such as Dr. Prabhakaran – who is head of the crystal growth unit at Oxford University – grow exact replicas of some of the most famous jewels in the world found in The Imperial State Crown and the Duchess of Cambridge’s sparkling sapphire engagement ring.
The Big Bang Fair’s Crown Jewels contain thousands of laboratory-grown crystals, which were made by exposing basic chemicals from household items such as cleaning products to extremely high temperatures and then cutting them to the exact specifications of the royal treasures.
The jewels will be on display at The Big Bang UK Young Scientists & Engineers Fair at the NEC, Birmingham from March 11 to 14. To register and for more information visit www.thebigbangfair.co.uk
For a full step-by-step guide to creating your own crystals at home or in the classroom visit www.thebigbangfair.co.uk/grownthecrownjewels