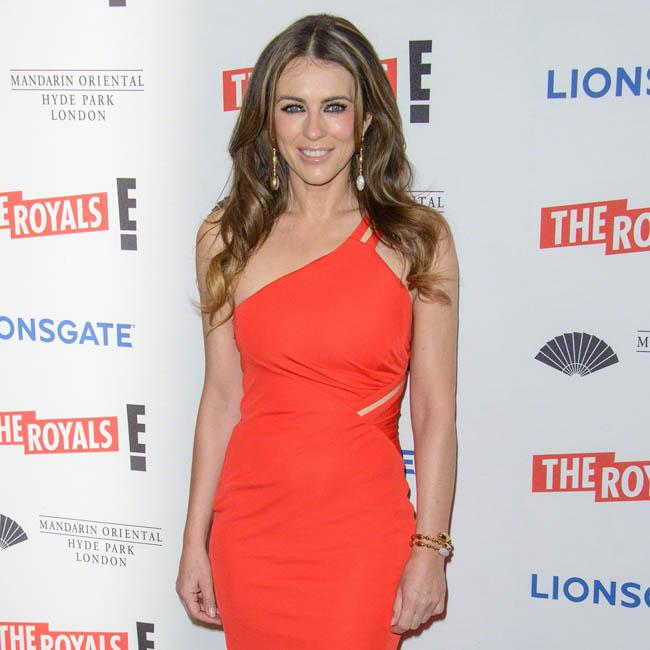 Elizabeth Hurley is jealous of Britain’s Queen Elizabeth.
The 49-year-old actress, who plays the role of Queen Helena in ‘The Royals’, admits she would revel in the lifestyle of a real-life royal, but doubts Britain’s Queen would be willing to swap places with her.
She told the BBC: “I very much liked playing a fictitious queen of England. I’m actually quite jealous of the real one now, I wouldn’t mind swapping for a bit. I’m not sure she’d be happy with my life, but I think I could enjoy hers.”
Meanwhile, Hurley’s ‘Royals’ co-star William Moseley, who plays Prince Liam, admits he’s prepared to encounter a few “sceptical faces” from the TV-watching public.
He said: “This is the first time royal life has been depicted like this. I think there’s been a few sceptical faces out there, but I think once they watch the first five minutes of the show, they’ll see how much fun and joy that is brought to the screen.
“I think they think we’re trying to depict the royal family but we’re really not.
“This is our fantasy of royal life, [that] we all hope royal life to be. So it’s kind of like, through the key hole kind of feel. It’s no imitation of the royal family at all.”