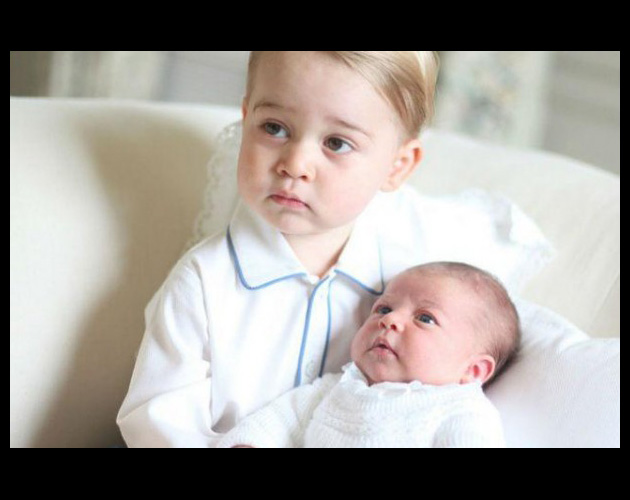 The first photographs of Britain’s Prince George and his sister Princess Charlotte have been released.
The official social media accounts for Kensington Palace posted a number of snaps on the weekend of the 23-month-old Prince and his one-month-old sister Charlotte as taken by their mother, the Duchess of Cambridge.
Alongside an adorable photo of George looking down at his new sibling while dressed in a pair of blue shorts and white shirt with blue lining, the caption read: “We’re delighted to share the first photo of Prince George with his little sister Princess Charlotte. #WelcomeToTheFamily
“This photograph is the first of four official photographs being released today, taken by The Duchess of Cambridge in mid-May.”
Another of the images shows both George and Charlotte looking into the distance, perhaps having their attention stolen by their father, Prince William, the Duke of Cambridge.
The final two photographs appear to show how well George is getting on with his baby sister as he affectionately plants a kiss on young Charlotte’s forehead in one while in the other he can be seen holding her tiny hand while grinning from ear to ear.