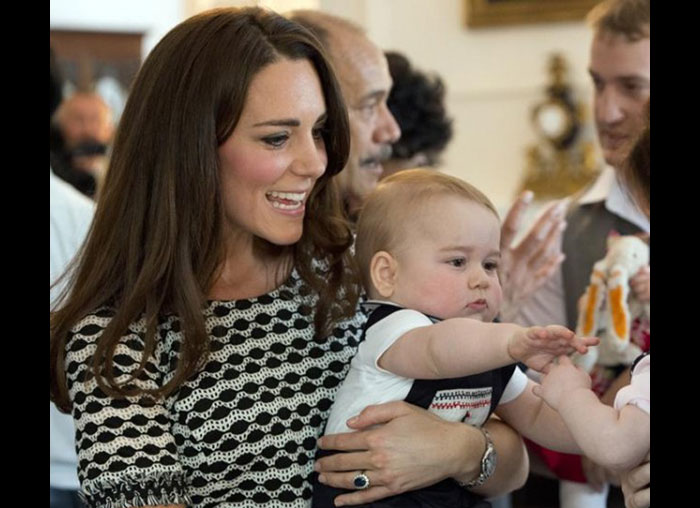 Britain’s Duchess Catherine reportedly feels “some tensions” with Queen Elizabeth.
The pair are rumoured to have fallen out as a result of Catherine taking time off from her schedule of royal engagements following the birth of Princess Charlotte in May and the duchess now feels The Queen sent a further “disapproving” message by missing the second birthday celebrations of her great-grandson Prince George last month.
Speaking about the birthday party held at Anmer Hall – a two-and-a-half hour drive from Buckingham Palace – a royal insider told Life & Style magazine: “This would have been the perfect opportunity for the Queen to show her support for Kate. There are clearly some tensions. The Middletons thought that the message they were getting from The Queen was definitely a disapproving one.”
The speculation over the 33-year-old royal’s relationship with her grandmother-in-law comes a month after the same magazine reported the 89-year-old monarch had nicknamed her “Duchess Do-Little”.
The source said: “She would never say this in public, but even Her Majesty described Kate as ‘Duchess Do-Little’ when she was very tired one day.
“She comes from a different generation and has a sense of duty above all else.
“Kate is getting a bit of a reputation for ducking out of royal duties. That’s where her nicknames, ‘Duchess of Do-Little’ and ‘Lazy Katie,’ come from. If you can’t find time to pay tribute to some old men who saved your country, what message does that convey?”