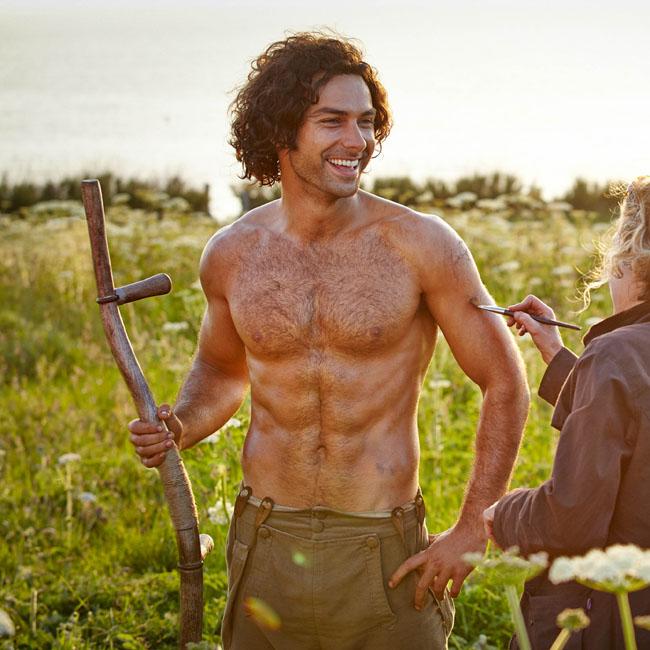 The Prince of Wales considered “topless scything”.
The 66-year-old royal recently judged a village scything competition in Transylvania, Romania, and he has since been jokingly compared to Ross Poldark (Aidan Turner) who was famously shown scything – a method of cutting grass with an agricultural hand tool – while topless in the BBC period drama ‘Poldark’ earlier this year.
Writing in Radio Times magazine about a recording of the BBC Radio 4 programme ‘On Your Farm’ on which the Prince spoke about the contest, the BBC rural affairs reporter Charlotte Smith said: “There is no ‘Poldark’ moment. I jokingly suggest it to the Prince, who laughs and momentarily seems to consider topless scything – to the horror of his press secretary.”
In the interview, the Prince spoke about how he wished to revive scything and other traditional rural crafts because it benefits nature.
He said: “Interestingly, I discovered that in the UK there’s a very flourishing scything society, who help to come and scythe bits of my meadow. All I’m saying is that scything, because it’s done at that level, is incredibly beneficial to the wildflower production and continuity.
“Now, there are certain meadows that you could apply scything to if people are keen enough to do it, and there are more people interested, and all I’ve been trying to do for the last God-knows-how-long is remind people that you need to reintroduce a balance.
“Rural communities are vital, people still want to live in the countryside, but it has to be a living and working one at the same time.”