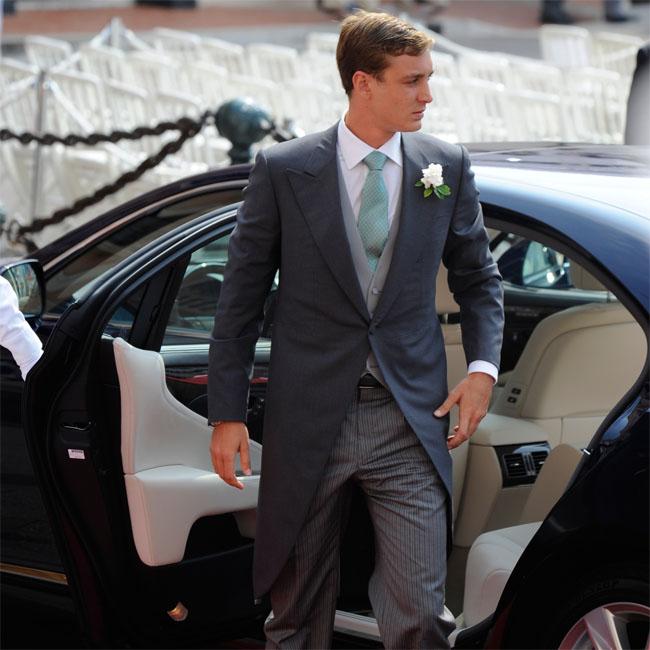 Monaco’s Pierre Casiraghi and wife Beatrice Borromeo shared their honeymoon with family in the Mediterranean.
Pierre – who is seventh in line to the Monegasque throne – was spotted on a super-yacht relaxing with relatives after travelling between Pierre’s native Monaco and his journalist wife’s Italian home.
Italian publications Oggi and Diva e Donna shared photos of the couple on the luxury boat called the Pacha III, which is owned by Casiraghi’s family, according to Hello! magazine.
The heir to the throne’s mother Princess Caroline of Hanover was seen on board and even Pierre’s older brother 31-year-old Andrea Casiraghi – who is fourth in the line of succession – with his wife Tatiana Santo Domingo and their young children Sacha, 2, and 4-month-old daughter India.
They were seen on the French Riviera just out of Monaco.
The 27-year-old heir and Italian reporter are yet to spend time alone together following their civil ceremony.
This follows their wedding day held in Monte Carlo on Saturday (25.07.15) where they married in front of 700 guests and had a garden party themed day.
They later jetted off in a private jet Italy for a second more religious ceremony on the Borromean Islands.