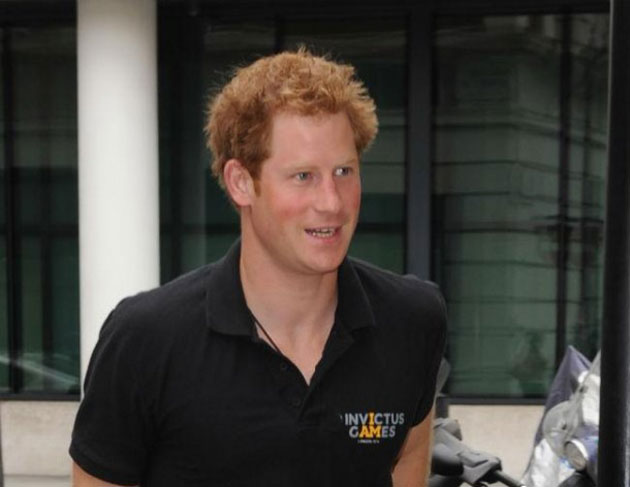 Britain’s Prince Harry says he is a “bad uncle” for missing Princess Charlotte’s christening.
The 30-year-old royal missed his baby niece’s special day in July at St. Mary Magdalene Church on the queen’s Sandringham Estate in Norfolk because of volunteering commitments South Africa.
And Save the Rhino ranger Simson Uri-Khob told the Mail on Sunday newspaper that Harry said: “What a bad uncle I am! I should really be there. But today I am here, this is where I want to be.”
Harry has been spending time at Kruger Park game reserve and has joined the war on criminals for the government’s anti-poaching campaign called Operation Corona.
Maj Gen Jooste greeted the royal when he arrived and he said they will do everything they can to “try to keep him safe” but they do intend to go to war and “win it”.
He previously said: “Harry will be with me for quite some time. We’ll try to keep him safe. This is a declaration of war against South Africa by armed foreign criminals. We are taking the war to these armed bandits and we aim to win it.”
During his first week, Harry saw off three poachers, including one shoot-out which left one of the criminals injured and therefore, more than likely preventing the unlawful killing of animals.
Peter Chadwick, a South African conservationist also said that he wouldn’t be “surprised” if Prince Harry has been working as a pilot.
He said: “This is counter-insurgency, an actual war that they are fighting. I know of Prince Harry’s involvement with the anti-poaching unit in Kruger and I know the situation there is no fun and games. You don’t get a chance to sit down and reason with these guys over a cup of tea.
“It’s all about rapid response and that’s where the helicopters come in. I wouldn’t be surprised if Harry was doing some piloting.”