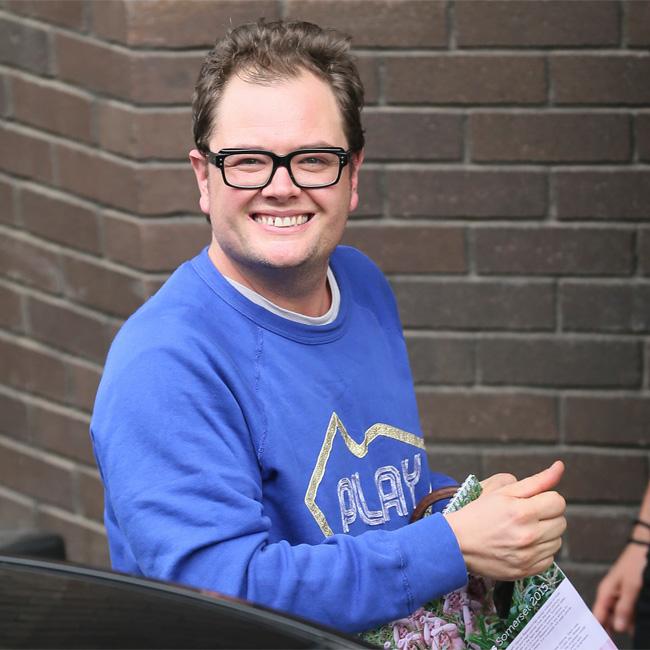 Alan Carr wants Britain’s Prince Harry or Princess Catherine on ‘Chatty Man’.
The British comedian returns with his 15th series of his award-winning chat show and when asked who his dream guests would be, the funnyman went for royalty and joked that the Duchess of Cambridge is a fan of We Love TV magazine, and should come on the Channel 4 show because they have “working crèche” facilities and when he’s not making people laugh he is the male version of a nanny: a “manny”.
Alan told the Daily Mirror newspaper: I’ve always wanted royalty on the show – Prince Harry or Kate Middleton, our future queen. And I know she reads We Love TV so, Your Majesty, please do come on Chatty Man. We have a wonderful working crèche and in my spare time I’m a fully-qualified manny.”
While he hasn’t got round to securing royal guests, Alan did share who has lined up for the forthcoming series, which begins on Friday (11.09.15).
He said: “Well, I can reveal that in the first episode we’ve got actor Tom Hardy talking about his latest movie Legend, based around the Kray brothers. And singer Demi Lovato is also on.”