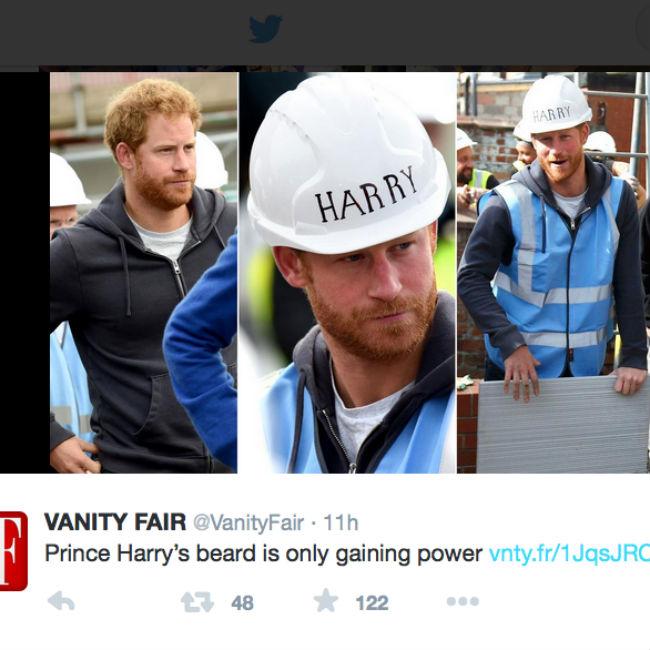 Britain’s Prince Harry and Prince William got their names emblazoned on hard hats yesterday (23.09.15)
The royal brothers were gifted with the personalised head gear as they assisted as extra labour on a construction project to build 62 homes for soldiers who had returned from working in the Armed Forces.
The princes showcased their do-it-yourself (DIY) skills alongside the BBC’s DIY SOS team for a special episode of their make-over series.
Kensington Palace took to social media to upload pictures of the day as the project unfolded and showed support for the boys.
They captioned a picture of the princes: “Canada St #Manchester will feature new homes and a support centre run by @supportthewalk @PoppyLegion #DIYSOSVeterans (sic)”
The palace later wrote : “Thanks to everyone involved with @DIYSOS in #Manchester! Good luck for the final stages of the build #DIYSOSVeterans (sic)”.
William, 33, used a roller to paint walls whilst a bearded Harry, 31, layed paving slabs.
The homes are for servicemen and women and long-standing residents of the street i Twenty-six houses are being set aside for veterans.
It’s hoped that the scheme will help the men and women who have fought in war make a smooth transition to civilian life.