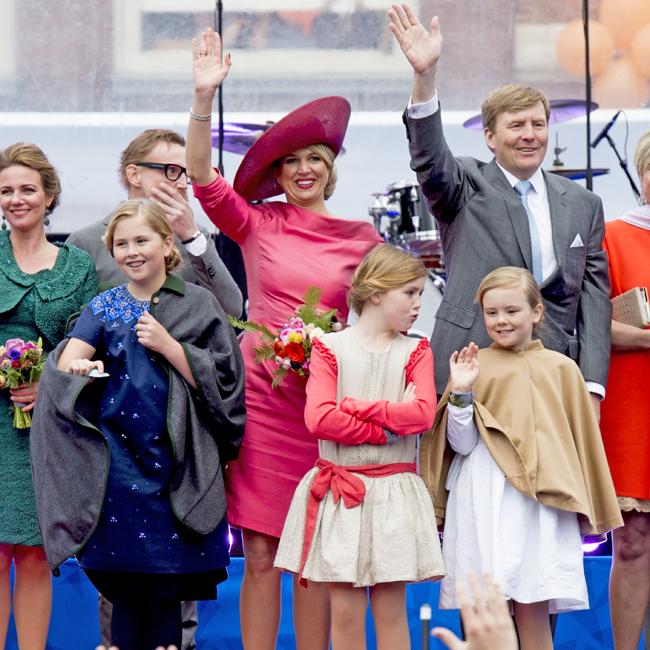 Holland’s King Willem-Alexander has praised his wife for attempting to continue her state visit to China after falling ill.
Queen Maxima flew back to Holland and was admitted to hospital on Wednesday (28.10.15) for treatment after suffering through the pain of a kidney infection for a few days.
Willem-Alexander said: “I’ve talked to her and she’s doing well.”
He added to the Telegraaf: “I am proud of her, she really tried. We thought it was the flu. But it turned out to be a kidney infection. We’re waiting for more test results from the hospital. I hope she’s back home soon.”
The Netherland Times reported that Maxima arrived at the Bronovo Hospital in The Hague at 7:45 on Wednesday morning.
After the news that Maxima was returning to Holland early was announced, King Willem-Alexander tweeted: “Many thanks for all the wishes for a speedy recovery. I will pass them on to my wife.”
The king and queen were accompanied on the trip by 150-strong Dutch trade mission – the second largest Dutch trade mission ever.
Foreign minister Bert Koenders, who is leading the delegation, has assured critics that human rights will be raised with the Chinese authorities during the visit.
Willem-Alexander became king in 2013 after the abdication of his mother, Queen Beatrix and the couple have three daughters together.