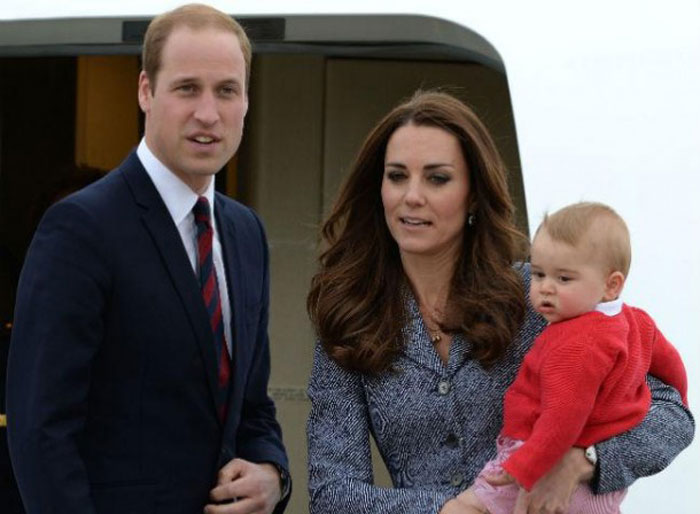 Prince George has been cut from a new play about the British royals.
‘King Charles III’ will open on Broadway next month and although the two-year-old prince’s parents, Duchess Catherine and Prince William feature, along with his grandfather, Prince Charles, his character has been cut.
Oliver Chris, who plays Prince William, told PEOPLE: “We had a baby. Even up until our first proper dress rehearsal in London, and for the first few previews, we had a baby, and we worked with it all sorts of different ways.”
However, as the satirical play is set in the future, following the death of Queen Elizabeth, the character of Prince George was cut.
Lydia Wilson, who stars as Duchess Catherine, added: “I still miss it. But obviously he wouldn’t still be a baby a few years in the future.”
Lydia previously revealed she loves playing Duchess Catherine in the production as their lives as so different.
She said: “She must be up at the crack of dawn, in a job that leaves very little room for your inner life, whereas my life has been sort of a disproportionate focus on my inner life, because I’m trained as an actor. I’m allowed to express and explore, whereas with Kate I think the biggest thing is the sacrifice of that conversation.”