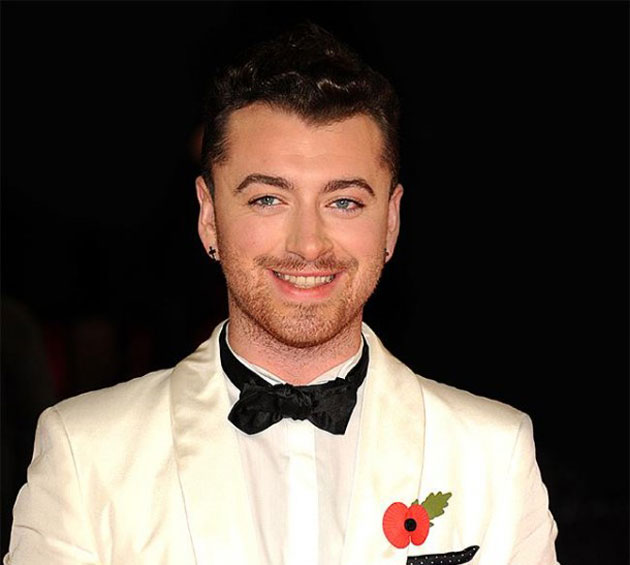 Sam Smith was left embarrassed after meeting Prince William.
The 23-year-old singer met the 33-year-old royal at the ‘SPECTRE’ premiere in London last month but Sam admitted he felt stupid after bowing dramatically in front of the second-in-line to the British throne.
Speaking on ‘The Tonight Show Starring Jimmy Fallon’, Sam – who wrote the ‘SPECTRE’ theme song ‘Writing’s on the Wall’ – said: “My issue is that I watch too much ‘Downton Abbey’. You get instructions, right, they say you gotta bow with one arm behind your back. And if someone tells you how to bow, right, I properly went for it.”
Fallon showed a picture of Sam’s extravagant bow and jokingly claimed that an onlooker was laughing at him.
He teased: “This guy’s laughing at you. Oh you silly, silly boy. You silly man. What is wrong with you?’ ”
However, he reassured Sam by saying: “It makes you more endearing.”
Prince William’s wife Duchess Catherine and brother Prince Harry were also at the premiere but Sam appears to have only embarrassed himself in front of William.