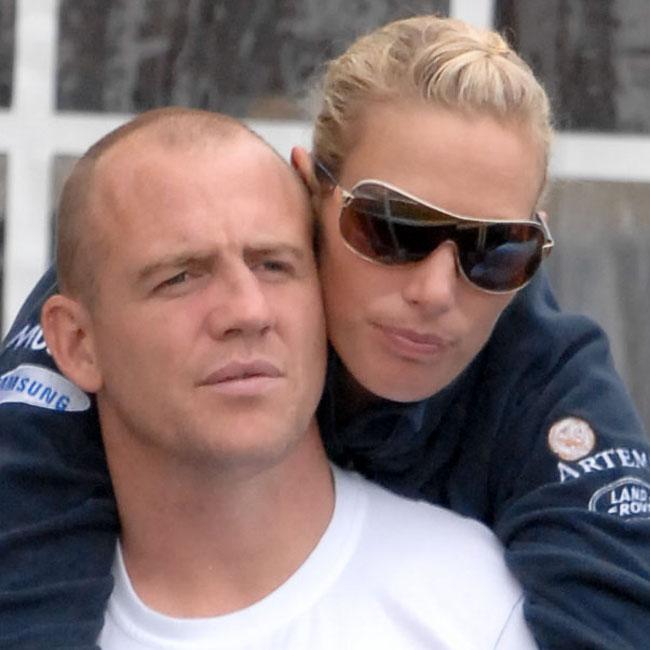 Britain’s Mike Tindall thinks his wife Zara Phillips has had a better sporting career than him.
The royal couple have enjoyed huge success in their respective fields, but despite Mike having won the Rugby World Cup as captain of the England team in 2003, he thinks the British equestrian and her stash of “bling” medals amount to more.
Asked who their 22-month-old daughter Mia would choose as the most successful parent, Mike sweetly replied: “It’d be tight, but if I think about who has a big­ger col­lec­tion of sil­ver­ware at home, Zara is in front. I’m a bit drowned out un­for­tu­nately on the bling count. I have to move a big pile of Zara’s medals out of the way to find my one World Cup Win­ner’s medal. Any­way, I think Mia would use the Olympic medal as the deal sealer. Zara has one and I don’t.”
The 37-year-ol hunk retired from rugby last year and the blonde stunner, 34, is hoping to compete in the 2016 Olympics in Rio de Janeiro.
Meanwhile, Mike regrets not being able to meet Nelson Mandela – who died two years ago – when he was England Rugby Captain.
Asked who he would like to have dinner with, he told The Telegraph newspaper: “Sa­muel L. Jack­son just be­cause he may well be the coolest man on the planet… I’d have to have Nel­son Man­dela as well. I sadly never got to meet him through my ca­reer, but friends of mine did and said he was the most ex­tra­or­di­nary man they have ever met, and they said that af­ter not hav­ing long with him. And Frank Si­na­tra or Dean Martin as my third guest, I’ll go with Frank.”