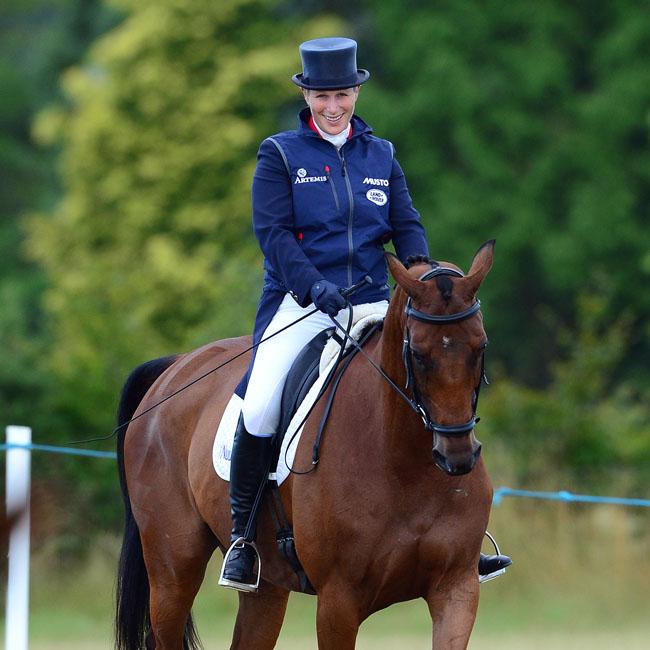 Britain’s Zara Phillips’ daughter has inherited her mother’s love of horses.
The granddaughter of Queen Elizabeth – who has 23-month-old daughter Mia with husband Mike Tindall – is an equestrian enthusiast, having achieved an silver medal as part of the eventing team in the 2012 London Olympic Games and her daughter is just as big a fan of the animal.
Her husband Mike Tindall told the Sydney Morning Herald newspaper: “Mia our daughter has inherited a love of horses. She has a Shetland pony and she enjoys it so I think her mum has passed that love on … me on the other hand, well I’m more of a football man.”
Meanwhile, Zara previously revealed she feels as though she makes “better decisions” since she has become a mother.
She said: “I think I might make bet­ter de­ci­sions now. When you are younger and less ex­pe­ri­enced, and with less around you to lose, you spend a lot of time com­pet­ing ev­ery­where, and rid­ing all sorts of horses, and go­ing to ev­ery pos­si­ble com­pe­ti­tion.
“Now it’s much more a case of qual­ity over quan­tity, and pick­ing the right places to run at… So maybe you think about the big­ger pic­ture more, and make more cal­cu­lated de­ci­sions.”