Duchess of Cornwall Given Honorary Degree 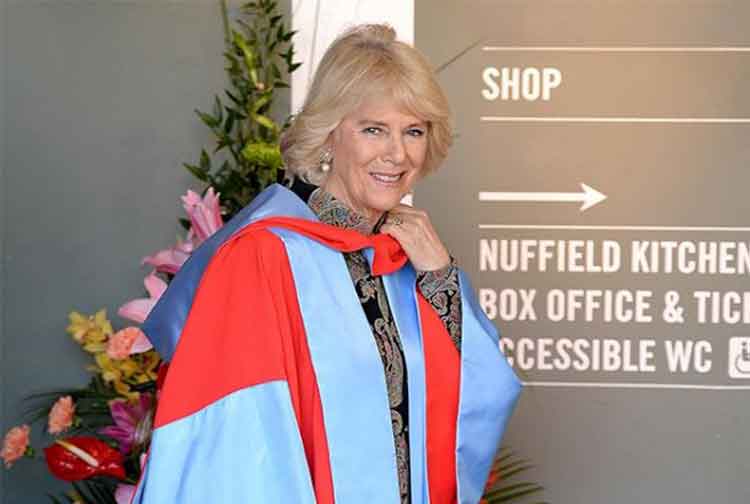 Britain’s Duchess of Cornwall spoke of her personal connection to osteoporosis as she collected her Honorary Degree from the University of Southampton.
The 68-year-old royal was presented with the recognition by the university, which is based in the south of England, and remembered her late mother, who tragically died of the condition, which gives sufferers brittle bones.

Speaking to the audience, she said: “When my mother died in 1994, I knew scarcely anything about osteoporosis, but I was determined to find out more – and to find a way of helping other people avoid the same excruciating pain and disregard that she encountered in those bad old days.”

Clarence House’s official Instagram account also shared pictures of the day, including one of the Duchess accepting the honour from a member of the university.
The caption reads: “The Duchess, President of the National Osteoporosis Society, and a previous speaker for the International Osteoporosis Foundation, has been a champion for all who work with, or suffer from this debilitating disorder. This is a role close to The Duchess’s heart, having lost her mother and grandmother to the disease.

“Her Royal Highness’s work has been recognised today by The University of Southampton who have awarded her with an Honorary Doctorate of Science.”
Duchess Camilla then toured The Centre for Hybrid Bio Devices Laboratory at the university where she met and chatted with researchers.
Another post on the site reads: “After receiving her Honorary Doctorate of Science, The Duchess visits The Centre for Hybrid Bio Devices Laboratory in the Institute for Life Sciences building at The University of Southampton. #UoSRoyalVisit #WomenInSTEM (sic)”