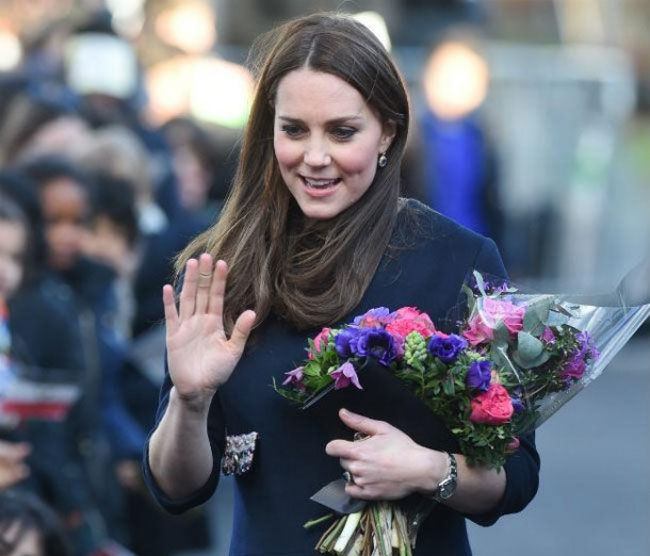 Duchess Catherine will open a new children’s play area at Hampton Court Palace next week.
The royal – who has children Prince George, two and Princess Charlotte, 11 months, with husband Prince William – will attend the official opening of Hampton Court’s Magic Garden on Wednesday May 4, according to an announcement from Kensington Palace.
An official description of the attraction describes it as: “Populated by mysterious mythical beasts, with battlements to storm, towers to besiege, and even a secret grotto to discover, the Magic Garden is a new and unique way for your family to explore the palace’s past. Set within King Henry VIII’s former Tiltyard, where the elaborate spectacle of the Tudor tournament played out, the new garden takes inspiration from the fairy-tale-like quality of the Tudor Palace.”
Duchess Catherine will also attend a lunch reception supporting a new centre of excellence for children’s mental health, as Patron of the Anna Freud Centre, on the same day.
Catherine, her husband Prince William and brother-in-law Prince Harry are all passionate about mental health and recently joined forces to launch a new campaign aiming to change the national conversation on mental wellbeing.
The royal trio took part in a promotional video for their Royal Foundation’s Heads Together initiative, in which they called on people to help end the stigma surrounding mental health.
In the clip, Catherine said: “Mental health is just as important as physical health.”
Harry added: “We can all play our part by talking and listening to each other and helping each other find support.”
William concluded: “Let’s get our heads together and change the conversation on mental health.”