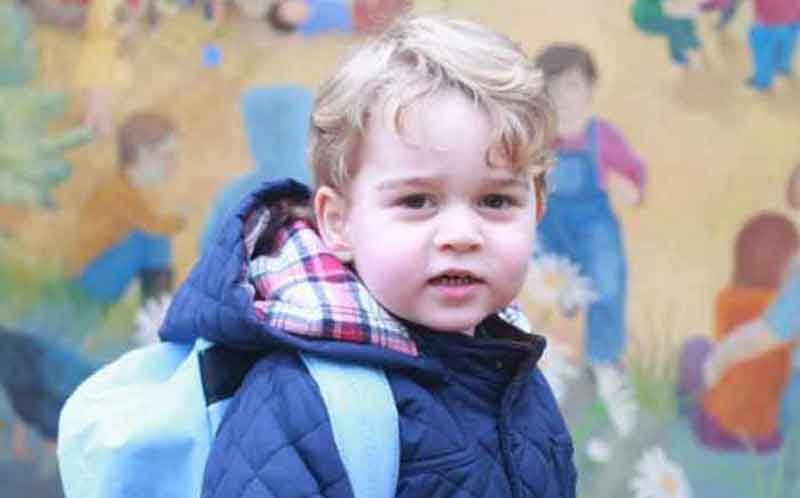 Britain’s Prince George “never slept” as a baby.
The Duke of Cambridge – the father of the young royal – has admitted the two-year-old prince refused to get any shut-eye in the early stages of his life and laid awake crying all night.
The 33-year-old royal made the revelation while speaking to model Abbey Clancy at the launch of his new mental health campaign Heads Together on Monday morning (16.05.16) at Queen Elizabeth Olympic Park in London.
William went on to say that he wished he had access to an app called Baby Buddy – a software that offers parental advice – to ensure his son got the best possible start in life.
William was joined by his wife Duchess Catherine – who also have 12-month-old daughter Princess Charlotte together – and his brother Prince Harry as the trio unveiled their new venture, which aims to stamp out mental health stigma.
Catherine said: “The trouble is many people put a plaster over things and feel they can’t seek help for issues such as post natal depression, or may not even know they have it.”
Meanwhile, Heads Together, which is made up of seven charities, hopes to raise £1 million through participants in the 2017 Virgin Money London Marathon.
A spokesman for Kensington Palace said mental health is an important issue for all three members of the royal family.
He added: “They realise that the underlying factor in addiction and homelessness is often mental health.”
As well as Heads Together, Prince William is working closely with CALM – campaign against living miserably – in a bid to lower the amount of male suicides by encouraging men to speak out about their problems before it becomes too much.
The duchess is the patron of the children’s charity Place2Be, which aims to support youngsters struggling with mental health by providing them with in-school counselling.
And Harry – who has just finished the Invictus Games in Florida – focuses on mental health of the Armed Forces.