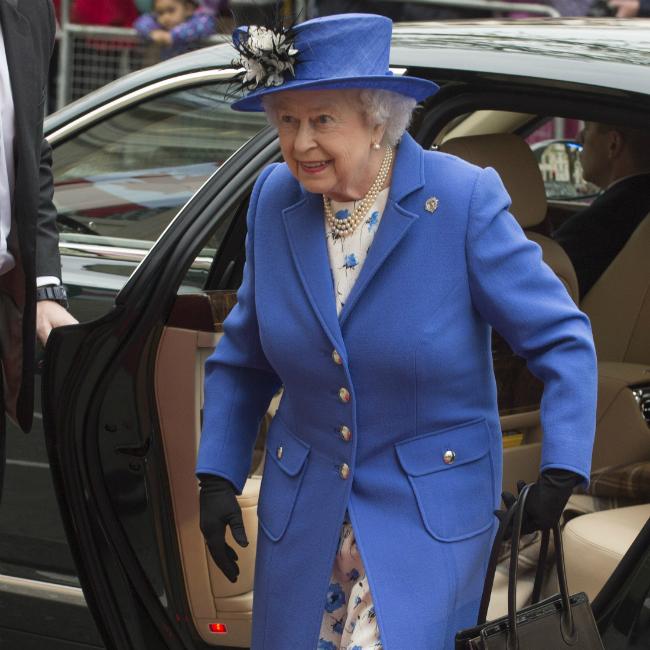 Queen Elizabeth has got “great rhythm”.
The 90-year-old royal’s cousin Lady Elizabeth Anson has revealed music has always been part of her cousin’s life and says the Queen is a particularly big fan of theatre and musicals. She said: “We did a lot of singing at Kensington Palace. Nobody thought it was odd after dinner if we put on a record and all sang ‘Doing the Lambeth Walk’, so music has always been part of her life. The Queen loves the theatre and musicals like ‘Show Boat’, ‘Oklahoma!’ and ‘Annie Get Your Gun’. These were the tunes that remained in one’s head and were very danceable to. The Queen is a fantastic dancer. She’s got great rhythm. If you watch her at Trooping the Colour, you will see that she’s tapping her toes. So military music means a lot to her, she’s extremely knowledgeable about military music and loves massed bands, especially pipe bands.”
And BBC Radio 2 have put together a playlist of what they believe to be the monarch’s favourite songs after chatting with her close family and friends.
Eve Pollard, who will present ‘Our Queen: 90 Musical Years’, added to Radio Times: “I had no inkling that the one singing star the Queen is word perfect on is none other than the ukulele king George Formby. The story of her fondness for his music says so much about her. It seems she received a letter from the George Formby Society asking her to be its president. Her correspondence secretary noted, ‘I don’t honestly think, if you don’t mind me saying so, this is appropriate.’ To which the Queen replied, ‘Well, I do see that, but you see I love George Formby.’ ‘Really?’ responded the secretary. ‘Oh yes. I know all his songs and I can sing them.'”