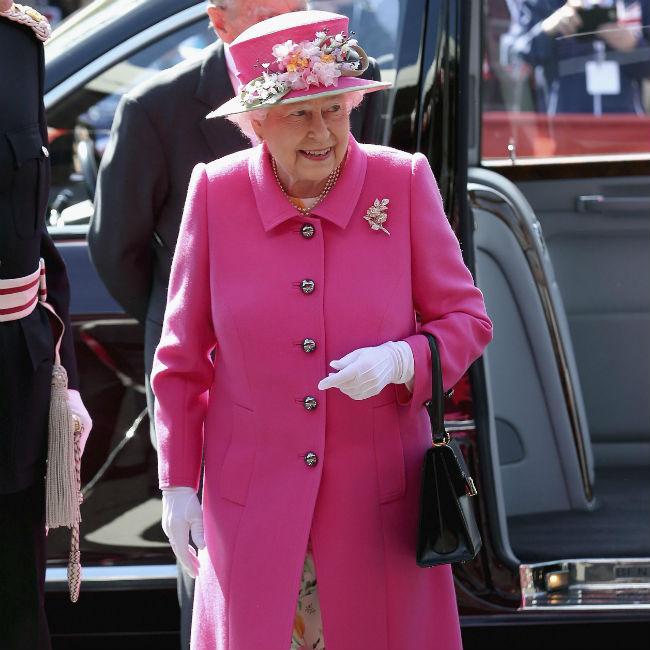 Queen Elizabeth hosted 500 guests at the Queen’s Awards for Enterprise last night (14.07.16).
The 90-year-old monarch presented more than 250 businesses with accolades at the ceremony at her Buckingham Palace home on Thursday alongside her husband Prince Philip, 95, and daughter Princess Anne.
Several other royals, including Princess Eugenie, the Duke of Kent, the Duke of Gloucester and Prince and Princess Michael of Kent were also at the ceremony.
The awards recognise great work in international trade, sustainable development and innovation.
Last month, the queen was joined by her grandson Prince Harry, retired footballer David Beckham, actor Sir Lenny Henry and former Prime Minister Sir John Major to honour 60 inspirational young people.
The royal held the Queen’s Young Leaders Awards at Buckingham Palace, where she paid tribute to a selection of youngsters from across the Commonwealth for the great leadership qualities they have shown in their communities.
Speaking at the event, Harry, 31, said: “The Queen’s Young Leaders award recognises what you have achieved, not for yourselves, but for your communities, for your peers, and for those less fortunate.
“Your service spans a broad spectrum of fields from HIV and sexual health education, to micro finance and the recycling of hi-tech waste.
“You have already been an inspiration to so many, but I hope this award will inspire you to go out and achieve even greater things in the future, empowered by the network of leaders you now sit amongst.”