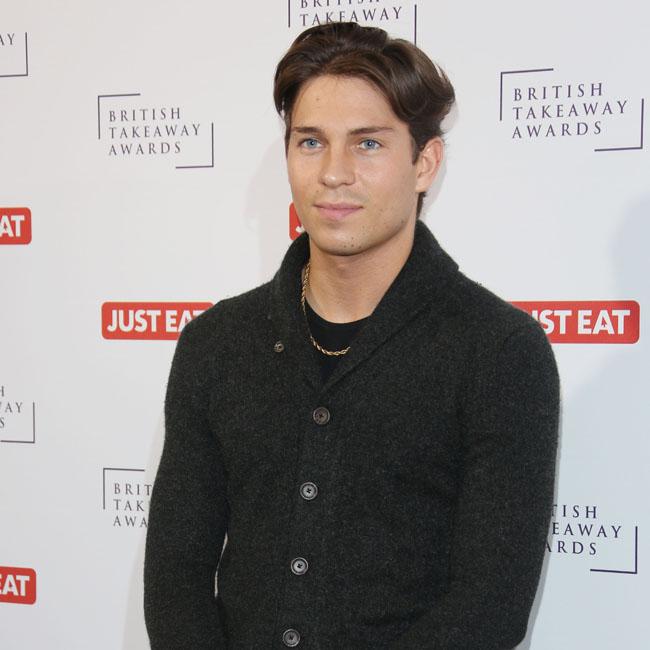 Joey Essex is six degrees of separation away from Queen Elizabeth.
The 25-year-old reality TV star has got closer to being related to the 90-year-old monarch as a result of his latest fling with ‘Made in Chelsea’ star Stephanie Pratt.
The blonde beauty previously dated co-star Spencer Matthews, whose brother James Matthews got engaged to Pippa Middleton earlier this month.
Pippa is the sister of Duchess Catherine, who is married to the queen’s grandson Prince William, creating a link from Joey to the queen.
A TV source said: “The idea that Joey is somehow linked to the queen indirectly through his new relationship is one of the most unlikely things ever.”
Joey is said to have met the 30-year-old stunner on new TV show ‘Celebs Go Dating’, on which a group of celebrities are supposed to date a member of the public.
But the reality TV pair ended up hooking up with one another.
The source added to The Sun newspaper: “They started chatting as a result of the show and have got quite flirty.
“They’ve been in constant contact by text ever since and were not hiding anything at the party on Wednesday night.
“At one point they crept away to the back of the bar’s terrace together and were being very tactful. He was telling everyone how much he fancies her and was following her around like a puppy.”