Pippa Middleton to wed at home? 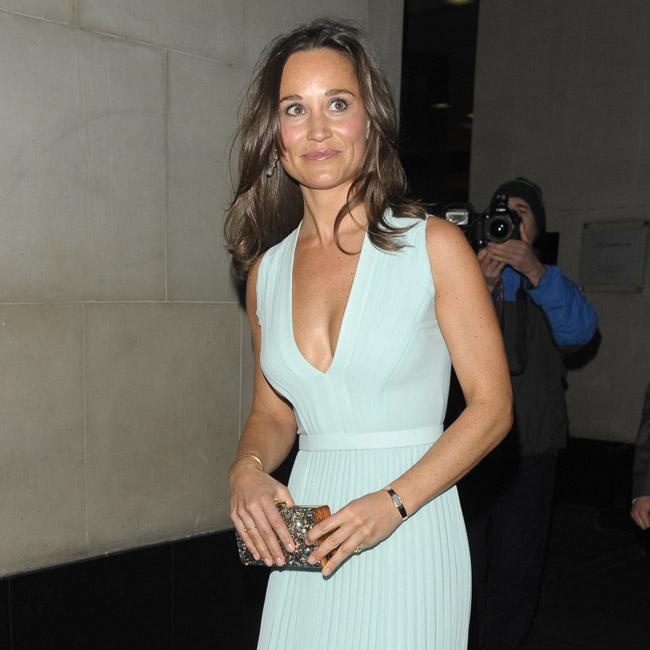 Pippa Middleton is reportedly planning to wed at her parents’ house.
The 32-year-old sister of Duchess Catherine got engaged to millionaire James Matthews last month and the couple are said to be considering a low-key wedding at the home of Pippa’s father and mother, Michael and Carole, in Berkshire.
A source told Britain’s Bella magazine that the Middletons will “most likely host it in a marquee in their garden”.
Meanwhile, Catherine and her husband Prince William previously revealed they are “absolutely delighted” by Pippa’s engagement.
A spokesperson for the royal couple said: “The Duke and Duchess of Cambridge are absolutely delighted with the news.”
And Pippa’s father added in a statement: “Carole and I are absolutely thrilled with the news. They make a wonderful couple and we wish them every happiness together.”
The news of Pippa’s engagement was confirmed by the husband and wife-to-be in a statement, which read: “Miss Pippa Middleton and Mr James Matthews are delighted to announce they became engaged on Sunday 17th July and plan to marry next year.”
And James, 40, reportedly asked Pippa’s father Michael permission before getting down on one knee, keeping with tradition.
A source said: “James is a traditionalist and very much wanted to do things properly. That meant getting his future father-in-law’s consent.
“Mike and Carole are very happy. They like James and they are sure he will make Pippa very happy.”
Despite being one of the heirs to the luxurious five star Eden Rock hotel in St Barths, James is a self-made man.
An insider shared: “He worked very hard from an early age. He’s a smart chap but also the sort of bloke you would be proud to call a friend He made a huge amount of cash from hedge funds and some more from the London property market. We’re talking millions here and you don’t do that by the age of 40 unless you are a sharp cookie. And James is very bright.”