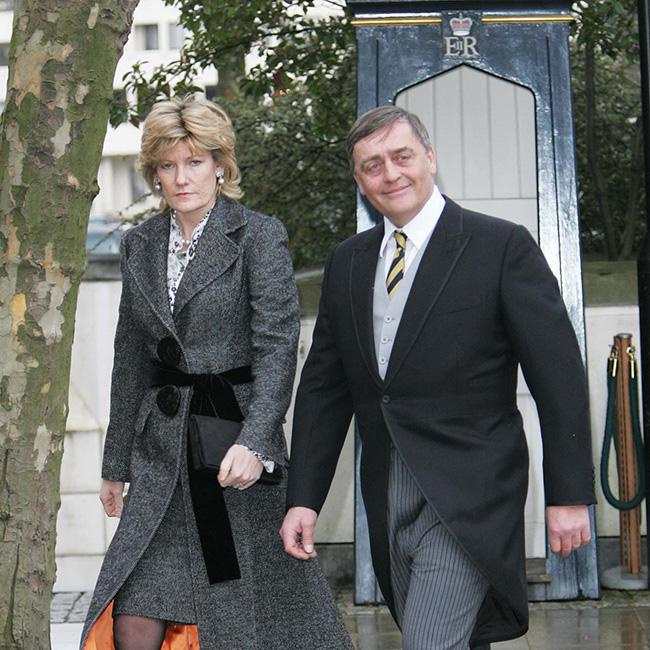 The Duke of Westminster’s pallbearers had to evacuate the plane on route to the funeral.
The pallbearers carrying the late royal’s coffin – who died on Tuesday (09.08.16) aged 64 from a heart attack- were forced to abandon the £5 million private jet after the cockpit filled with smoke whilst on the way to the funeral.
It has been reported the emergency services were called to Inverness Airport, Scotland, on Friday (12.08.16) when the pilot suspected there was a technical fault with the air vehicle.
It is rumoured the plane, which belonged to Gerald Grosvenor, had an issue with the air conditioning.
Speaking about the incident, a Highlands and Island Airports Limited (HIAL) spokesman told The Press and Journal: “Hial can confirm a precautionary emergency mobilisation took place at approximately 10am on Friday.
“The pilot of a Citation 750 private aircraft reported a suspected technical fault during pre-flight checks ahead of take-off from Inverness Airport.
“The aircraft was able to return to its stand under its own power and the incident was closed at 10.50am and emergency services stood down.”
All five passengers travelling in the plane – two of which were set to carry the casket during the service – remain unhurt after the incident.
This news comes after it was announced the royal had died last week and a “quiet private” service was held at the end of last week, the same day as the plane accident.
Speaking previously about the funeral plans, the Grosvenor Estate said: “A quiet private funeral service, attended only by close family members, was held this afternoon, Friday August 12, for the Duke of Westminster who died on Tuesday August 9 2016.”
Meanwhile, it is believed a memorial service for Gerald will be held in his honour later this year.